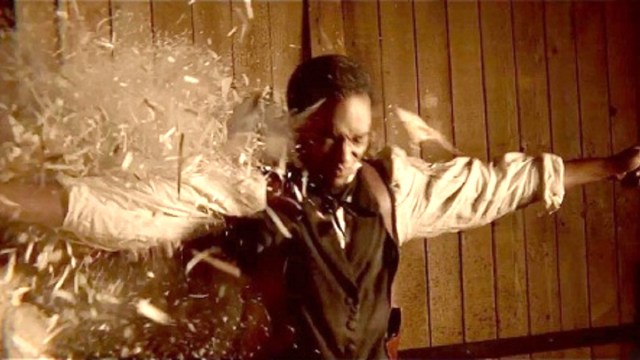 If ever there was a movie obligated to live up to the insanity promised by its unhinged premise, it was 2012’s Abraham Lincoln: Vampire Hunter, which boasted a concept so self-explanatory and bonkers that there was no way it could be anything other than a deliriously fun time at the theater.

Adapted by Seth Grahame-Smith from his cult hit novel of the same name, Wanted director Timur Bekmambetov was drafted in behind the camera, so there were plenty of reasons to expect an off-the-wall delight that took one of America’s foremost historical figures and transformed him into a stake-wielding action hero with a grudge.

Instead, for reasons that remain just as unexplainable 10 years later as they were back then, Abraham Lincoln: Vampire Hunter decided to take itself very seriously. Maybe it was a desire to avoid a descent into outright comedy, but you can’t promise a batsh*t action-packed supernatural horror without leaning into the sheer brashness of it all.

It was a decent enough hit at the box office after netting close to $115 million, but reviews from critics and audiences could generally be described as tepid. However, it’s a big budget flick featuring hordes of the bloodsucking undead, so it was almost inevitable that a streaming resurgence would be on the cards so close to Halloween.

True to form, Abraham Lincoln: Vampire Hunter has dodged the silver and garlic of anonymity to return to prominence on-demand, having emerged from the wilderness to take its place on the worldwide watch-lists of both Rakuten and iTunes, per FlixPatrol. It could have been so much more, though, but if you’ve got a soft spot for the silly, then there are worse ways to spend your time.