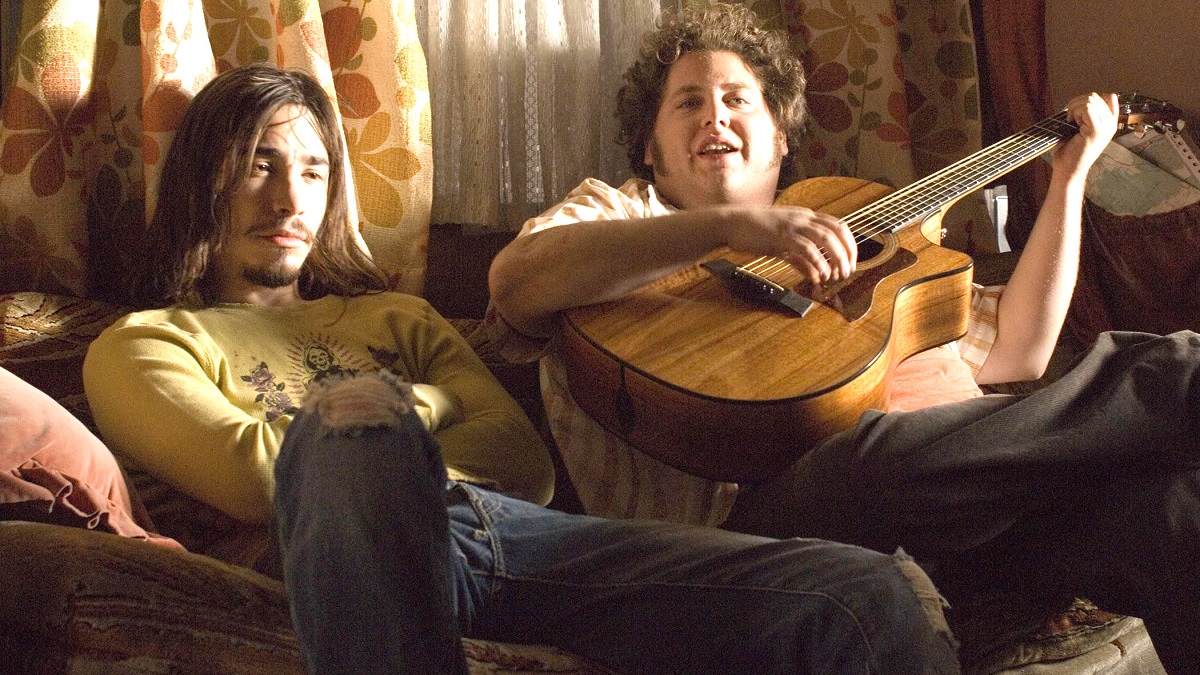 Adam Sandler has never been a critical darling, but that didn’t stop his filmography from earning billions of dollars at the box office, before he packed up and turned his Happy Madison production company into the most reliable hit factory on Netflix.

While the actor’s output has generally been regarded as tepid at best, the movies he produces but doesn’t star in have proven to be exponentially worse. Joe Dirt, The Master of Disguise, Dickie Roberts: Former Child Star, Grandma’s Boy, and Home Team all suffered from reviews that could best be described as alarming, although that hasn’t stopped 2008’s Strange Wilderness from cracking the Top 10 most-watched list on Hulu, as per FlixPatrol.

Written and directed by regular Sandler collaborator Fred Wolf, and featuring a character literally called Fred Wolf played by fellow Happy Madison veteran Allen Covert, the hybrid of stoner comedy and madcap adventure finds a crack TV crew heading out on the hunt for Bigfoot in an effort to save their failing wildlife series from cancellation.

Strange Wilderness holds a whopping 2% score on Rotten Tomatoes, which makes it the single worst-reviewed entry in Jonah Hill’s entire filmography. The same is also true for Seth Rogen, but at least he only made an uncredited voice cameo as a helicopter ranger.

The dire attempt at generating laughs from a paper-thin premise is even more proof that Adam Sandler is the glue holding Happy Madison together from a qualitative standpoint, something that must be hard to stomach for his many detractors.