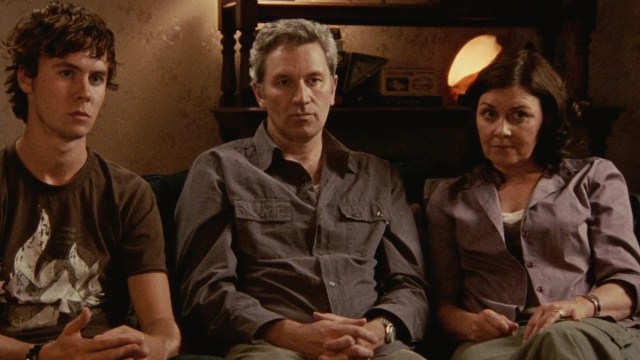 As a genre, the word “horror” is about as broad as it gets. We’ve seen everything from big budget studio blockbusters to lo-fi character studies via blood-soaked gorefests and mindf*ck mysteries fall under the banner in one way or another, with the criminally overlooked 2008 effort Lake Mungo existing entirely in a category of its own.

In the strictest definition of the word, it isn’t really a horror movie at all. However, it’s unrelentingly eerie and punctuated with a lurching sense of dread just beneath the surface that never goes away. It isn’t particularly scary, either, but that doesn’t mean it’s not haunting. A slow-burning psychological study wrapped in the clothes of a found footage documentary being shot through with lashings of nerve-shredding supernatural shenanigans, writer and director Joel Anderson’s hidden gem is truly one of a kind.

It’s proven plenty polarizing, too, with a 96 percent Rotten Tomatoes score being offset by a decidedly less enthusiastic 63 percent user rating. A recent Reddit thread has been showering Lake Mungo in the highest of praise, though, but based on many of the comments, there remains a number of diehard horror junkies who didn’t quite get the film they were expecting.

To be fair, the top-voted comment at the time of writing underlines that “the greatest crime everyone commits when recommending the film is advertising it as “one of the scariest films” they’ve ever seen”, because that’s not what it is. Lake Mungo is authentic, creepy, suggestive, innovative, and many other superlatives besides, but you may be left disappointed if you head in expecting the constant churn of things going bump in the night.