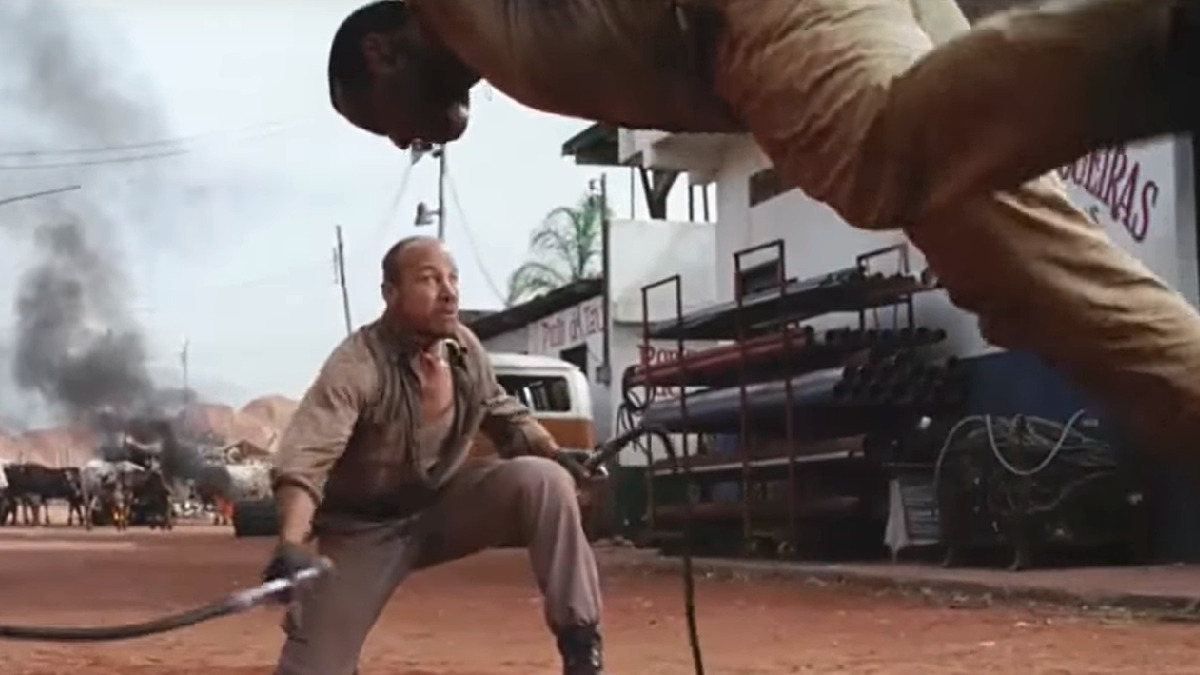 Back before he was Dwayne Johnson, and prior to even being Dwayne “The Rock” Johnson, the charismatic WWE wrestler aiming to make a name for himself in Hollywood went by his in-ring name only. Having found success with The Scorpion King, The Rock took his second major leading role in sweltering action comedy The Rundown, only to see it bomb hard.

Peter Berg’s buddy adventure deep in the Brazilian rainforest couldn’t even recoup the sizeable $85 million production budget from theaters, which is a damn shame when The Rundown has to rank as one of the most overlooked, underrated, and unsung examples of a classic and perennially-popular subgenre to come along this century.

Johnson gave an inkling of the all-conquering Hollywood icon he was about to become with a performance that deftly balanced charm with comic timing and physicality, while he generated great chemistry with bickering co-star Seann William Scott. Throw in a setting we don’t see in too many blockbuster actioners, some old-fashioned practical effects, as well as a scenery-chewing villainous turn from Christopher Walken, and The Rundown had everything in its locker to succeed.

It didn’t of course, and while sequel chatter pops up every now and again, we’d feel confident in saying that ship has likely sailed 19 years down the line. However, The Rundown continues to find new fans and cement its reputation as a cult favorite gem, as evidenced by the film’s performance on streaming this weekend.

As per FlixPatrol, the winning romp to retrieve a mysterious MacGuffin has become the eighth most-watched title on Hulu in the United States, and it arguably still ranks as one of Johnson’s finest feature outings two decades later.