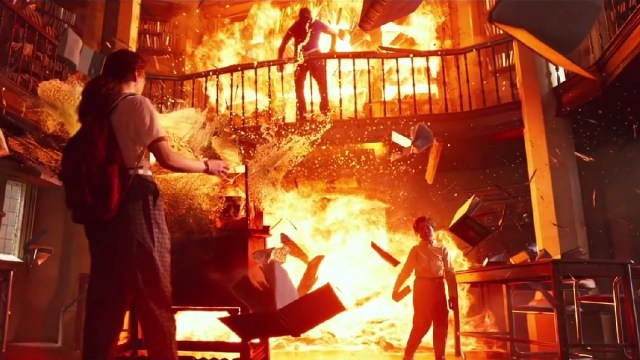 Any franchise that rumbles on for well over a decade is inevitably going to fall victim to the law of diminishing returns, but that air of resignation didn’t do much to leave longtime fans anything other than crushingly disappointed with X-Men: Apocalypse.

As you’d expect from what was the ninth overall installment in the mutant saga, fresh ideas were proving hard to come by. Of course, it didn’t help that predecessor Days of Future Past is rightfully deemed as top-tier superhero cinema, so much so that it ranks as the second best-reviewed X-Men movie on Rotten Tomatoes behind only Logan, which is a tough act to follow.

By comparison, Apocalypse‘s 46 percent put it second-bottom of the pile ahead of only X-Men Origins: Wolverine at the time, while box office takings were down $240 million from Days of Future Past for good measure. To add insult to injury, the 1980s-set blockbuster completely wasted both its titular iconic villain and star Oscar Isaac, the latter of whom described his experience as “excruciating”, while his faint praise of the project is that he hasn’t publicly disowned it.

Even though the numbers indicate it’s one of the worst entries in a sprawling saga that offers no less than 13 feature-length options to choose from, X-Men: Apocalypse has put the banality of its existence to one side in order to fulfill its destiny on streaming. As per FlixPatrol, the interminably uninteresting step back for the team has become one of the top-viewed titles on iTunes this week, even if you’re much better off spending two hours of your time on one of the many substantially superior X-flicks.