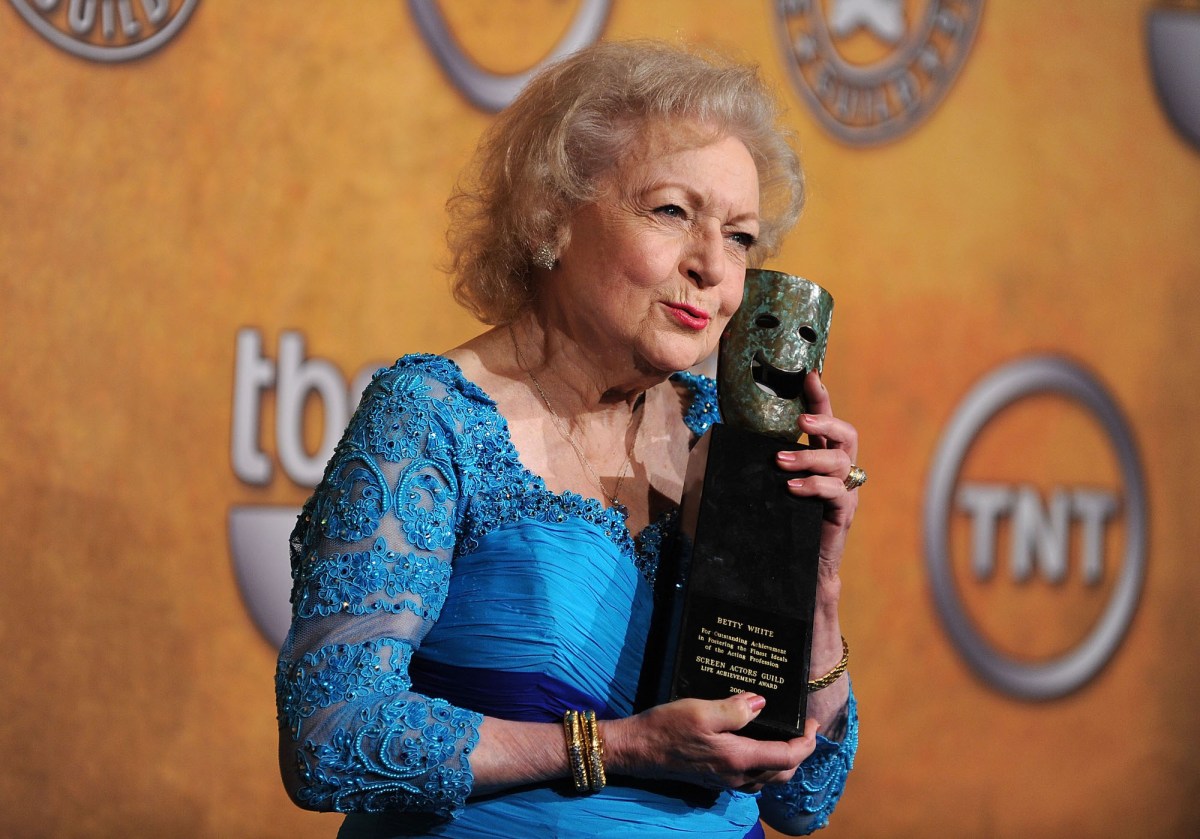 Betty White is absolutely legendary in the entertainment realm; from her start when the business was just taking off to her contributions to comedy throughout her life. She’s become a staple to any household that loves laughter and any fan who needed a stand-in ‘grandma.’

White’s loss has left an immeasurable hole in those who loved her. Still, fans are finding ways to fill it with laughter, admiration of our favorite golden girl, and by donating to charities in her honor and continuing her legacy of spreading kindness.

Another thing fans are doing is sharing blooper reels and laughing quite hysterically. White was on the mark in every scene she ever stole, but she — like the rest of us, had “bloopers.”

Her bloopers brought as much laughter as the scenes most of the time, and they’re treasured moments for fans of White, especially now.

This clip from Hot in Cleveland is one of our favorites; quite honestly, we wouldn’t have been able to hold our composure either.

The infamous bender line is another Hot in Cleveland clip that is as iconic as it is hilarious. This is in the longer video we share below, but it deserves its own spot on the list. This way, you’ll be able to access it quickly and laugh whenever you need to!

The tap-dancing scene is always a fan favorite.

White considered herself the “luckiest old broad” on two feet; we think ourselves the same for being her fan for so long.

Fans even found bloopers from White’s time on The Mary Tyler Moore Show.

White’s humor is next level, and she handled bloopers just perfectly.

This one is less a blooper and more a skit, but it shows how much fun she had with her friends in the business. White loved to laugh, and part of that meant playing pranks on those she cared about!

TV Land shared a video with some of the Hot in Cleveland bloopers shared above, but several new ones in an almost 10-minute clip in 2019. This video is an absolute treasure for any White fan, and we’re warning you — you will cry from laughing at these.

These bloopers from The Golden Girls are simply next level. Each character showcased their shared humor differently, but it worked so seamlessly together. Some say it’s because the actresses were so dedicated to their craft — and that is absolutely true. However, we feel it’s also because they did become a family despite the ups and downs.

The wonderful thing about White’s humor is that it will stand the test of time, much like her impact on the world. From laughs with friends to watching blooper reels of her series’ at home after a long day, no one will forget White’s impact on entertainment, and we’ll never stop laughing at the gift of her humor.

Thank you for being a friend, Betty White.