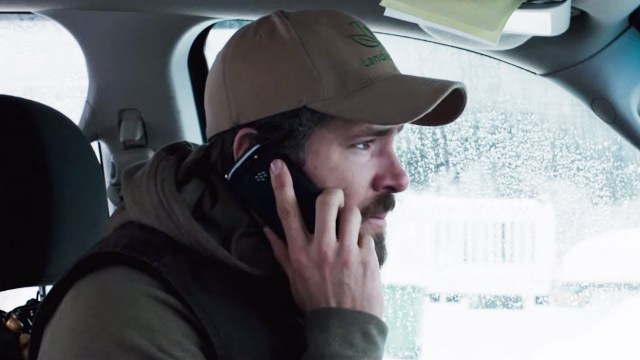 Believe it or not, but there used to be a time when Ryan Reynolds would tackle projects that didn’t require him to do little else than play an extension of himself. Perhaps one of the reasons why the actor feels so comfortable in his wheelhouse is that his more experimental efforts didn’t tend to find much success, with 2014’s The Captive one of several examples.

A hard-boiled psychological thriller set in the frozen wilderness of Ontario, co-writer and director Atom Egoyan paints a bleak and distressing picture of human nature. A teenage girl has spent eight years in captivity since being snatched as a 9 year-old, with Reynolds’ father being investigated for her disappearance and resolutely refusing to believe his child is dead.

Told non-linearly, The Captive aims for thought-provoking and atmospheric, but often just comes off as infuriating and pretentious instead. It’s nice to look at, though, and many of the performances from an ensemble cast including Scott Speedman, Rosario Dawson, Mireille Enos, Kevin Durand, and Bruce Greenwood are stellar, but it wasn’t enough to wring much praise from either critics or audiences.

However, in what surely has at least something to do with the global popularity of leading man Reynolds, The Captive has unexpectedly soared right to the top end of the HBO Max most-watched list after being made available on the platform. In fact, the widely-panned exercise in existential navel-gazing is the fifth-top title among subscribers in the United States per FlixPatrol, not a bad return to relevance for a film that nobody cared about eight years ago, not to mention one that’s barely been given a second thought since.