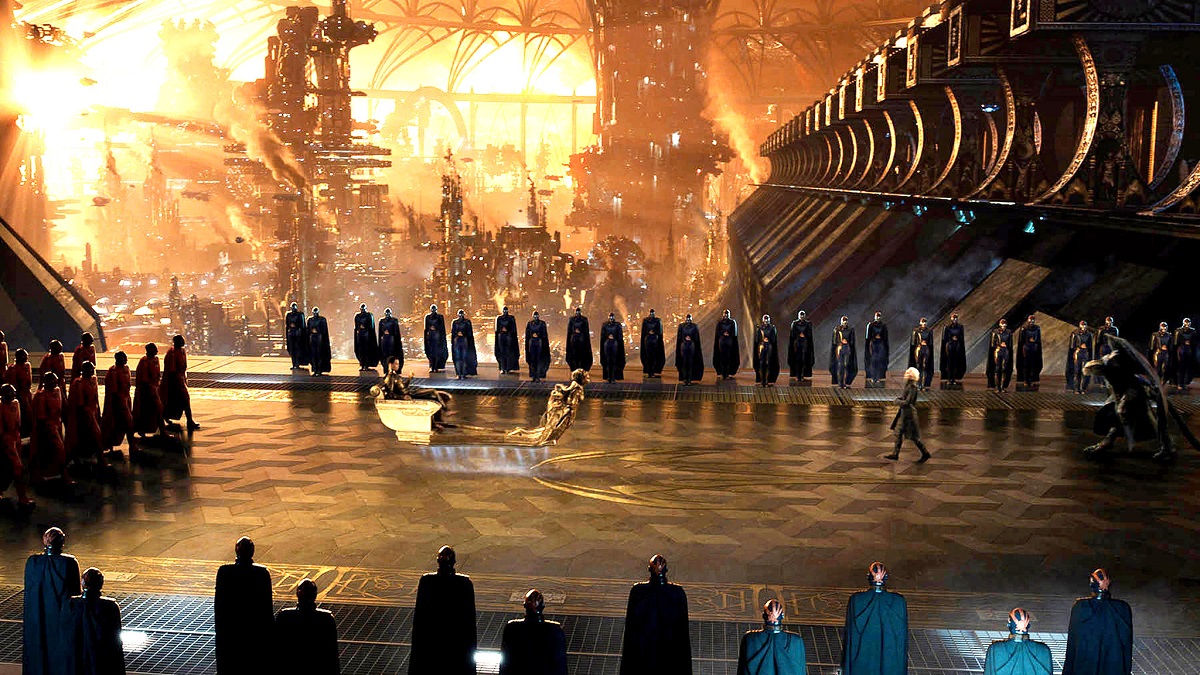 You can’t fault the Wachowskis when it comes to their visual stylings and ambition, but much of the siblings’ output post-Matrix has seen them teeter perilously close to outright self-indulgence.

Of course, you can let that sort of thing slide when the movies either earn strong reviews or pull in big bucks at the box office, but that hasn’t been the case for a long time. Speed Racer, Cloud Atlas, and The Matrix Resurrections all under-performed in theaters, but none of them flopped quite as hard as Jupiter Ascending.

Telling an absolutely ridiculous story with a completely straight face, Channing Tatum’s genetically-enhanced hunter arrives on Earth to track down Mila Kunis’ Jupiter Jones, a regular mortal predicted for intergalactic greatness that has the potential to shift the balance of power throughout the entire universe.

Jupiter Ascending is never anything less than easy on the eye, while some of the set pieces are undeniably thrilling, but it ultimately ends up collapsing under the weight of its own self-seriousness. Eddie Redmayne’s performance became an instant meme, but the movie as a whole has managed to find long-lasting life as an unabashed cult favorite.

Nobody showed up to see it on the big screen, though, with Jupiter Ascending ending up in the red to the tune over $100 million after earning just $183 million globally. Cult classics always circle back around on streaming in the end, which is why we’re not all that surprised to discover the maligned misfire has snagged a spot on HBO’s most-watched list, as per FlixPatrol.