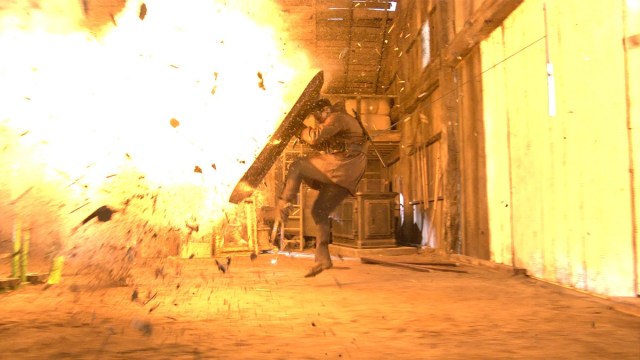 Matthew Vaughn’s Kingsman: The Secret Service and sequel The Golden Circle fared almost identically at the box office after earning $414 million and $410 million respectively, but the critical consensus fell off a cliff. On Rotten Tomatoes, the first two outings for Taron Egerton’s Eggsy dipped from 75 percent to 50, and yet prequel spinoff The King’s Man still conspired to set an even lower bar.

The revisionist historical actioner could only rustle up a 41 percent score on the aggregation site, but an 80 percent user rating underlined that the core audience desperate to see more from Vaughn’s anachronistically eccentric espionage series got exactly what they wanted. Unfortunately, though, even a two-year delay couldn’t stop it from bombing at the box office.

Production on The King’s Man wrapped in the summer of 2019, with the third chapter in the franchise scheduled to hit theaters on November 8 that same year. However, it was pushed back by a week, and then three months, and then all the way back to September 2020 due to the onset of the pandemic.

The domino effect was far from over, with the World War I shoot ’em up being kicked to February of 2021, then March, and August, before finally arriving on December 22 last year… where it promptly flopped in theaters after struggling to reach $126 million on a $100 million budget.

All that time spent gathering dust still couldn’t convince audiences that The King’s Man was a must-see, then, but it has at least managed to make a substantial impact on streaming. Per FlixPatrol, the project that cast a shadow over future Kingsman plans has become a Top 10 hit on iTunes in countless countries split over three continents, perhaps proving there’s still a voracious appetite for the titular organization after all.