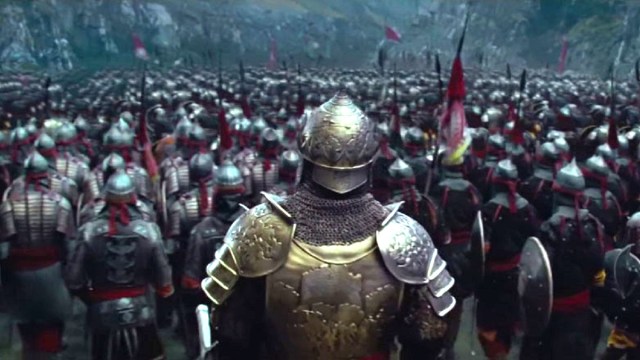 Imagine being viewed with such disdain that the director of Tom Cruise’s infamous attempt at rebooting The Mummy wants nothing to do with you. That’s about as insulting as it gets, so Alex Kurtzman declaring that Dracula Untold was unequivocally not part of Dark Universe canon must have stung pretty hard.

That also gives Gary Shore’s supernatural origin story the unwanted distinction of failing to kickstart two franchises; not only was it swept under the rug when Universal started over from scratch after one film, but it didn’t fare well enough at the box office to make sequels for Luke Evans’ Vlad a realistic possibility.

And to think, reshoots were added specifically with the purpose of connecting Dracula Untold to the Dark Universe, making the modern-day epilogue one of the most pointless scenes in cinematic history as a result. The supernatural fantasy actioner wasn’t great, but it was still a damn sight better than The Mummy.

The beginnings of everyone’s favorite bloodsucker has stirred every now and again to try and state a case for itself as an underrated an unappreciated cult favorite, and we’ll be very curious to see what Netflix subscribers have to say now that it’s become one of the platform’s most popular titles.

As per FlixPatrol, Dracula Untold has turned into a bat and flown straight into fourth place on the most-watched charts in the United States, with those several Dark Universe defenders no doubt lamenting what could (and maybe should) have been.