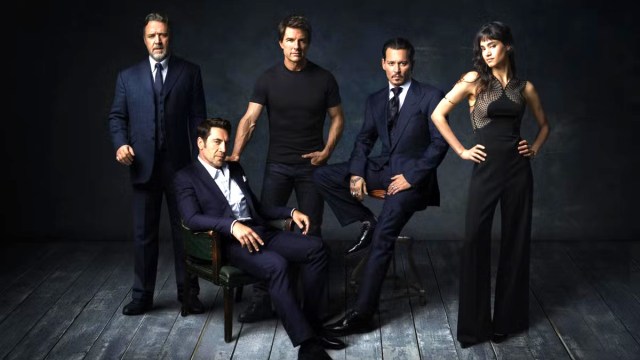 If you’re seeking the most prominent example of how not to build a shared mythology, then look no further than the short-lived Dark Universe.

Universal was incredibly confident about its chances of launching a Marvel-esque franchise based on its classic stable of monsters that such names as Tom Cruise, Russell Crowe, Johnny Depp, Javier Bardem, and speculatively even Angelina Jolie and Dwayne Johnson were being lined up to star in mega budget reboots of the back catalogue.

Of course, Dracula Untold was initially earmarked as the launchpad and even added additional scenes during reshoots to set the stage, only for The Mummy director Alex Kurtzman to sh*t all over the idea when he said it wasn’t canon. That turned out to be hugely ironic when his movie fell flat on its face, ending the experiment at the very first hurdle.

Even the people involved in the Dark Universe have lamented on its massive failure, but hell appears to be freezing over on Reddit after some fans emerged from the woodwork to declare it a huge missed opportunity.

To be fair, there was admittedly potential in the premise of interlocking the likes of The Mummy, The Wolfman, Frankenstein, The Invisible Man, and others with Crowe’s Henry Jekyll as the Nick Fury figure of the universe, but there’s a reason why history has shown the characters work better as the stars of smaller scale Gothic tragedies, and not action epics.

Blumhouse showed how it should be done shortly after with Leigh Whannell’s The Invisible Man, so who knows, maybe the concept will be revived further down the line.