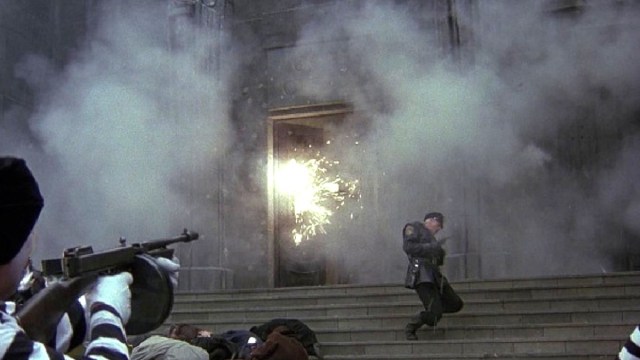 The superhero genre has been in rude health since the turn of the millennium, with the bubble showing no sign of bursting anytime soon, but the course of blockbuster cinema and the industry itself was forever altered over a decade previously when Tim Burton’s Batman exploded out of the gate.

While it remains an all-time classic in its own right, the Dark Knight’s game-changing debut ended up setting several trends that would go on to become staples of Hollywood, with the film casting a shadow that stretched far beyond the furthers corners of just the DC universe.

On top of a $411 million box office haul, Batman popularized the “show, don’t tell” approach to marketing that’s long since become the norm in order to drum up as much hype as humanly possible. Jack Nicholson negotiating a slice of the profits in favor of a higher salary has also become common practice among the biggest names in the business, as has the blitzkrieg approach to merchandising that sees every big budget production come armed to the teeth with an unimaginable line of tie-ins.

We haven’t even mentioned how it led to the creation of Batman: The Animated Series, either, which helped launch a lucrative animated arm for DC that’s going strong to this day. To put it bluntly; Burton’s Gothic comic book adaptation has to be viewed as one of the single most important features of the modern era, based entirely on the legacy it left behind.

Of course, it also helps that it holds up as a fantastic slice of escapist entertainment, a sentiment that continues to be shared to this day, with FlixPatrol naming Batman as one of the most-watched titles on iTunes this week, 33 years on from first leaving jaws on the floor.