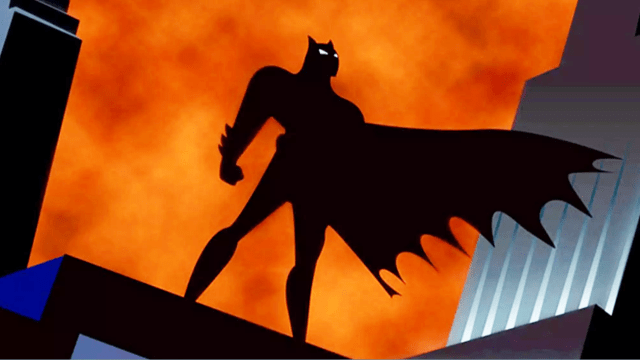 As one of the world’s most popular superheroes, there’s no shortage of Batman media to enjoy. From the original comic books to the many modern film adaptations, there’s a Batman for everyone.

Though we’ve enjoyed many different live-action portrayals of the Dark Knight, don’t forget that Batman has spawned an even larger amount of animated media. Every voice actor who has portrayed Batman has a different take on the hero from Kevin Conroy’s Batman in the Animated Series to Diedrich Bader in The Brave and the Bold. Every actor added their own brand of carefully curated charisma to the character.

But not everyone managed to impress DC fans with their presentation of Gotham’s savior. So, with that thought in mind, scroll down for our ranking of all the Batman voice actors through the years.

Since 2015, Mark Gagliardi has been voicing the caped crusader in the latest edition of DC Super Friends. He’s not a bad Batman necessarily, he just…doesn’t speak in full sentences and that hurts his place in our ranking. We’re obviously not the intended audience for these cartoons but as Gagliardi doesn’t have much to do in Super Friends, he’s last on our list.

Only appearing in the 2010 animated film DC Super Friends: The Joker’s Playhouse, Daran Norris is a surprisingly effective Batman. He’s not inventing the wheel here but for a straight-to-DVD movie attached to some kids’ toys, he’s doing more than he would be expected to and we appreciate that. It’s a shame that we haven’t gotten to see more of his take on a slightly nerdy, gruff Batman in other media.

Ron Perlman famously played Slade in the popular Cartoon Network animated series Teen Titans and he also had a go at the Dark Knight in the 2006 video game Justice League: Heroes. Given the script, he does an alright job voicing Batman and honestly, nobody is playing this game for the story. Perlman does the best he can do with the lines he’s given and achieves a perfectly good Batman as a result.

He’s only voiced Batman in the DC Nation — Plastic Man shorts, but Kevin Michael Richards shooting campy lines with a deadpan delivery makes him a Bats to remember. Although we don’t see much of Richards’ Batman as he appears only briefly, there is no denying that he gives an enjoyable performance in these shorts.

Jason O’Mara is a newer Batman on the block, taking up the mantle primarily in Justice League and DCEU animated films. While he’s not a bad Batman by any means, he inherits the tough task of building on his predecessors’ work without copying how they’ve portrayed the caped crusader in the past. O’Mara has done a good job creating his own Batman but it’s far from our favorite.

Batman is at his best when he acknowledges the inherent humor of a man running around in a bat mask to fight crime, and Diedrich Bader does a good job on that front. The show, Batman: The Brave and The Bold, takes more inspiration from the goofy, campy Batman of the ’60s and less of the darker vibe we’ve come to associate with the caped crusader. The show’s tone can be absurd at times, but Bader plays Batman as a stereotypical superhero and it works well for Brave and the Bold.

Anthony Ruvivar plays a darker Batman in Beware the Batman, a show that directly replaced Brave and the Bold. This Batman takes on more of the dark, cynical tone we’re used to and Ruvivar does a great job in the familiar role. It doesn’t bring anything new to the table but this is a solid Batman for an equally good, if not slightly underrated, show.

Ben McKenzie is more notable for playing Commissioner James “Jim” Gordon in the live-action Gotham, but he voiced Bruce Wayne in 2011’s Batman: Year One. The film is an adaptation of the popular 1987 comic arc of the same name and has an 88% fresh rating on Rotten Tomatoes, so it’s safe to say this is one of the better Batman animated movies. Though McKenzie does a great job as the caped crusader and does an even greater job when he voices a drunkard Bruce Wayne, he received criticism for being too monotone at times.

In an unexpected casting choice, the second-youngest Baldwin brother played Batman in the 2010 film Justice League: Crisis on Two Earths. Though William Baldwin only voices the Dark Knight this one time, he has some great lines that make him more memorable than one would expect. Even if Baldwin wasn’t in one of the best animated Batman films, his performance deserves recognition: he speaks with the quiet assuredness, confidence, and intelligence we’ve come to associate with Bruce Wayne.

Jeremy Sisto’s lone appearance as the DC superhero takes place in the 2008 film Justice League: The New Frontier but he makes a big impact as the Dark Knight. Sisto is everything we want Batman to be: cool, confident, and not afraid to get his hands dirty. Unfortunately, this is the only appearance he makes as Batman or he would be occupying a much higher position on this list.

In Batman: The Dark Knight Returns, Peter Weller — of Robocop fame — voices an aging Batman who has left the crime-fighting scene after a tragedy. He does a great job at playing a seasoned Bats making his long-awaited return after a decade of retirement. Seeing that Weller’s performance hits all the right notes for the Dark Knight, we’d love to see him take up the mantle again.

As an alternate universe Batman, Michael C. Hall plays Dr. Kirk Langstrom (or Man-Bat in the usual universe) in Justice League: Gods and Monsters. In the film, Langstrom’s experiment is a success and he becomes a Batman with vampire-like abilities. This is a film geared more toward adults and we enjoy Hall’s performance as a tonally darker, super-powered Batman.

Roger Craig Smith is a prolific voice actor and has voiced Batman in several video games, starting with 2013’s Batman: Arkham Origins. Smith’s portfolio shows he has range — who else has voiced both Sonic the Hedgehog and Batman? — and he does a great job voicing the Dark Knight. It’s hard not to compare him with Kevin Conroy’s performance in the original Arkham games but Smith brings his own style to the role while taking some of what’s worked in previous Batman interpretations.

A voice actor perhaps best known for his roles as the title characters in both The Last of Us and BioShock Infinite, Troy Baker has played the Caped Crusader in several animated films and games including Lego Batman and the popular Batman: The Telltale Series. Baker particularly shines in Telltale with his portrayal of Batman as a troubled but earnest hero.

Rino Romano voices Batman in The Batman, an animated series running from 2004 to 2008. Romano does a great job as the titular superhero in an often-overlooked cartoon — despite the show’s 12 Emmy nominations and six Emmy wins — and plays a younger, more inexperienced Batman. It’s rare for us to see a version of Batman that isn’t hardened by years of protecting the incredibly crime-infested Gotham and we thank Romano for his contribution as Bats.

Will Arnett plays a funnier Batman in The Lego Batman Movie. His raspier voice is certainly inspired by Christian Bale’s influential run as the caped crusader but the comedic chops are all Arnett. We’re not sure if such a popular movie can be considered underrated, but Arnett’s performance definitely is and he deserves a place in our list as one of the most entertaining Batman voices.

Adam West is more famous for his portrayal of Batman in the 1966 live-action show of the same name but he’s also voiced the superhero in a couple of animated specials. It might be nostalgia speaking, but West (and Burt Ward reprising his role as Robin) is just as enjoyable to watch in cartoon form. West is easily one of the most iconic Batman voices of all time and his campy, over-the-top take on the character is an all-time favorite.

Bruce Greenwood has had the opportunity of playing Batman in several different animated projects but he particularly shines in Batman: Under the Red Hood. Red Hood is considered the best-animated film by many Batman fans and it’s easy to see why: Greenwood is at his best here, playing a morally uncompromising hero who won’t kill the Joker, not even to save his relationship with his long-lost partner. There are some incredible performances here and Greenwood gives one of the best Batman portrayals we’ve seen in any DCEU media.

In a somewhat different take on the old Bats, Will Friedle plays a new kind of Batman in the cult-favorite Batman Beyond. The show stars Friedle as Bruce’s young protege, Terry McGinnis, after he becomes the second Batman following the death of his father. Batman Beyond incorporated heavier material than one might expect for a children’s show but only lasted three seasons, which is a shame considering Friedle’s performance.

This is one of the more unique takes on the caped crusader and Friedle holds his own even when he is co-starring with the legendary Kevin Conroy. Batman Beyond is beloved for a reason and we would love to see the show rebooted in some capacity in the near future, ideally with the more adult-oriented tone it deserves.

It’s no surprise our favorite Batman is Kevin Conroy. Conroy is undoubtedly the definitive Batman and has appeared in so many animated media, we can’t fit it in this article. Starting with Batman: The Animated Series, Conroy has been the voice we all associate with the Caped Crusader and he’s influenced many of the Batman voices on this list. Sadly, there won’t be any new projects bringing back his powerful performance as Bruce Wayne as the actor passed away early this Friday.

He will be missed and always remembered. Here’s to the greatest Batman in the world!