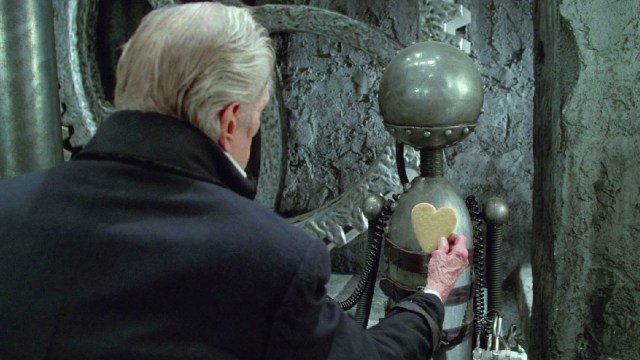 It may have been a while since Tim Burton and Johnny Depp collaborated, but they’ll always be Hollywood’s premiere pair of symbiotic and idiosyncratic offbeat weirdos, a beautiful working relationship that began with Edward Scissorhands, which remains a beloved Gothic fantasy favorite more than 30 years on.

The unusual mixture of whimsically outlandish adventure and unusual romance was a watershed moment for Depp in particular, with the actor landing a Golden Globe nomination for Best Actor in the Musical or Comedy category, in what was his first-ever major leading role in a mainstream studio-funded project.

It also solidified Burton’s unique position on the cinematic spectrum as the outsider who made hit commercial films, and the legacy of Edward Scissorhands has endured throughout the decades via such disparate cultural elements as Family Guy cameos, comic books, stage adaptations, Super Bowl ads, and even an extinct arthropod that was named Kootenichela deppi in honor of Edward’s titular sharpened implements.

Fans may be crossing their scissored fingers in the hopes that a Burton and Depp reunion could be on the cards as the latter seeks to reignite his career in the aftermath of his heavily-publicized legal battles, but they’ll have to make do with streaming Edward Scissorhands on Disney Plus for the time being, which is exactly what they’ve been doing.

It would seem that a lot of subscribers have been struck by the desire to revisit the suburban fable all at once, with FlixPatrol revealing the first of many partnerships between the director and star has snagged a spot on the platform’s global most-watched rankings.