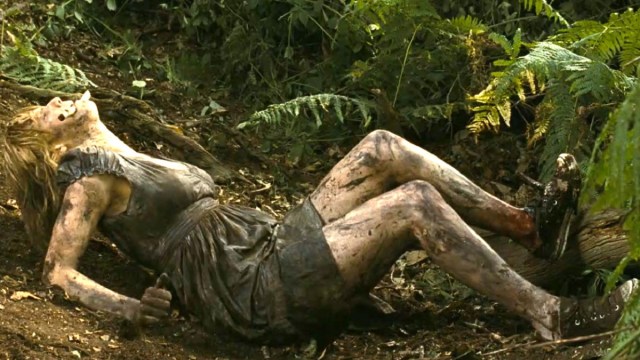 Horror fans are made of strong stuff, which comes with the territory when watching movies and TV shows filled with blood, guts, gore, entrails, dismemberment, and general carnage is a staple part of the viewing diet. However, even the staunchest supporters of 2008’s sorely undervalued gem Eden Lake aren’t in any rush to revisit the horrific tale for a second time.

Writer and director James Watkins’ feature-length debut from behind the camera wasn’t exactly a runaway success during its initial release, even if it did manage to recoup the thrifty $2 million budget twice over at the box office. In the years since, though, word-of-mouth has seen it become a cult favorite among those with a soft spot for unrelenting tension and lurching dread, even if it’s difficult to stomach.

In fact, the appeal of Eden Lake has neatly been summed up by a Reddit thread that heaps praise on the film for doing such a great job of creating a sense of utter hopelessness, with the roundabout praise being continued in the comments by those who laud it as perhaps the single best movie they’ve seen that they have no intention of ever watching again.

Kelly Reilly’s Jenny and Michael Fassbender’s Steve do what many couple do when they’re in love, and head off for a romantic weekend away. He’s even planning a proposal, with an idyllic lakeside retreat the perfect spot to pop the question. That is, until a gang of violent youths descend on the scene to tear the picturesque plans to shred, terrorizing the couple through the night.

Trying to teach the teens a lesson yields very bad results for Steve, plunging Jenny into a dangerous chase through the dense woodlands as she tries to survive an ordeal she could have never expected to endure just a few hours previously. Eden Lake is hardly light and frothy, but it’s well worth checking out, even if you’ll never want to do so again.