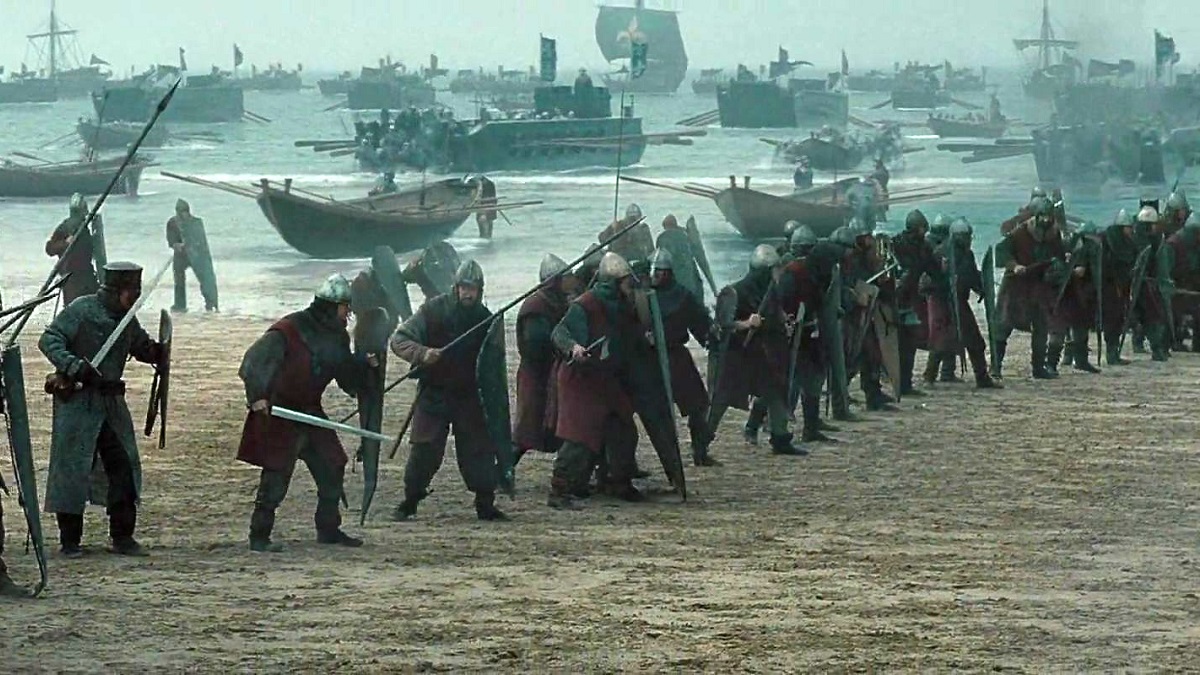 Hollywood’s love of rehashing stories everyone knows by heart has been an issue for decades, and one of the great unanswered cinematic questions of our time is what would had happened if Ridley Scott had opted to stick with the original pitch for Nottingham, instead of refitting the idea into yet another straightforward retelling of the Robin Hood legend.

Writers Ethan Reiff and Cyrus Voris sold their spec script for seven figures, and it would have painted the typically-villainous sheriff of Nottingham as the sympathetic hero of the piece, with the infamous outlaw operating as the erstwhile antagonist. At one stage, eventual star Russell Crowe was even considered for both parts, but in the end we ended up with a crushingly dull and by-the-numbers epic, which was a huge disappointment given Scott’s familiarity with the historical blockbuster.

Extensive rewrites and the infamous WGA strike saw production delayed repeatedly as the budget ballooned to an estimated $200 million, and while Robin Hood wasn’t quite a commercial catastrophe after bringing in $321 million from the box office, respective critical and audience scores of 43 and 58 percent on Rotten Tomatoes indicate that it may have been a wiser move to pivot away from the standard tale in favor of something fresh and exciting.

That being said, a dozen years after its initial release, the 140-minute origin story for the titular outlaw has been riding a renewed wave of momentum on streaming. Per FlixPatrol, Robin Hood has charged into battle on the platform’s most-watched list, and emerged as the fifth most-watched feature among subscribers in the United States.

Crowe, Cate Blanchett, Max von Sydow, William Hurt, Mark Strong, Oscar Isaac, Luke Evans, and Léa Seydoux provide plenty of star power and top-tier acting, but there’s an argument to be made that Nottingham would have been the better choice.