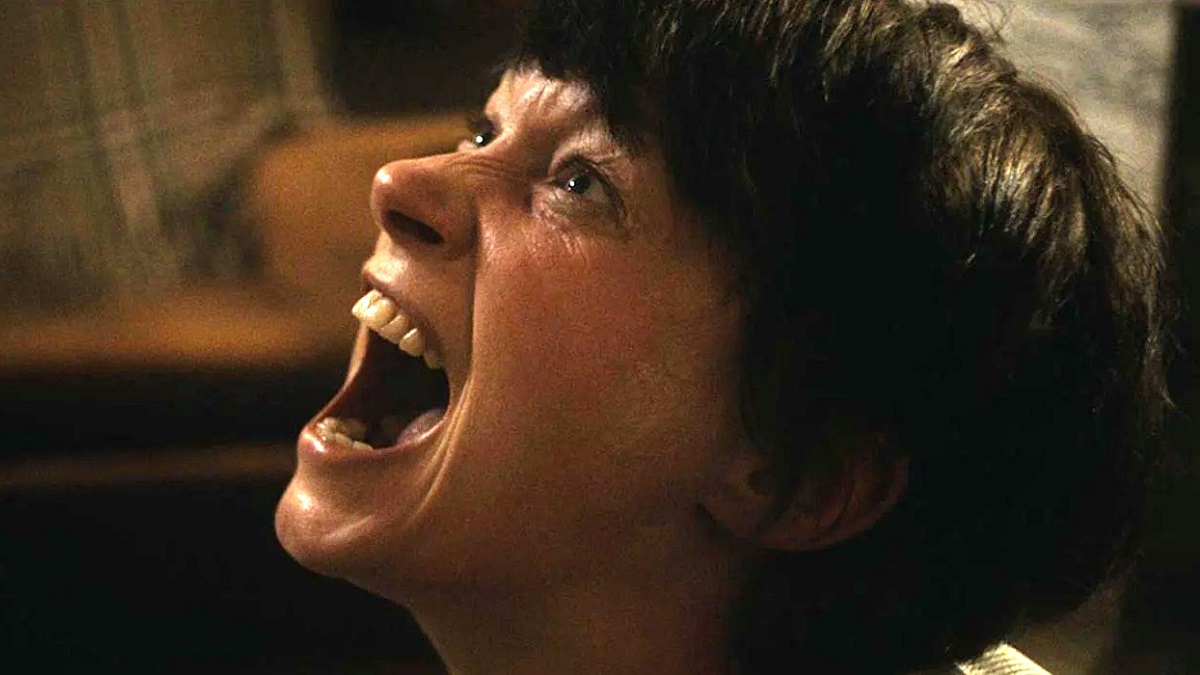 It would be fair to say that Irish folk horror is a fairly niche genre, but it’s been gaining a reputation throughout the last decade as fertile creative ground for local filmmakers to craft intense and atmospheric features.

Following in the footsteps of Byzantium, Grabbers, The Hallow, A Dark Song, The Hole in the Ground, and others, You Are Not My Mother premiered at last year’s Toronto International Film Festival, where it was instantly greeted with critical enthusiasm.

Written and directed by Kate Dolan, the story finds Hazel Doupe’s in a state of panic after her bedridden mother suddenly goes missing, with an abandoned car the only trace left behind. However, she returns the next night without revealing what happened, which is when eerie things star to occur.

As her behavior grows stranger and increasingly terrifying, Doupe’s Char faces a race against time to prevent an evil force taking control of her mom for good, but Halloween is on the horizon and it’s an occasion steeped in the dark, dangerous, and frightening lore of myth and legend.

Dolan’s feature debut would go on to secure an impressive 89% Rotten Tomatoes score, with many praising the unique way You Are Not My Mother approached a demonic possession premise that horror veterans are exhaustively familiar with.

Even though the user rating is a whole lot lower at a surprising 46%, those with a Google Play Movies account have nonetheless been willing to spend a brief 93 minutes immersed in Irish terror, after FlixPatrol revealed that You Are Not My Mother has snagged a place on the platform’s most-watched charts.