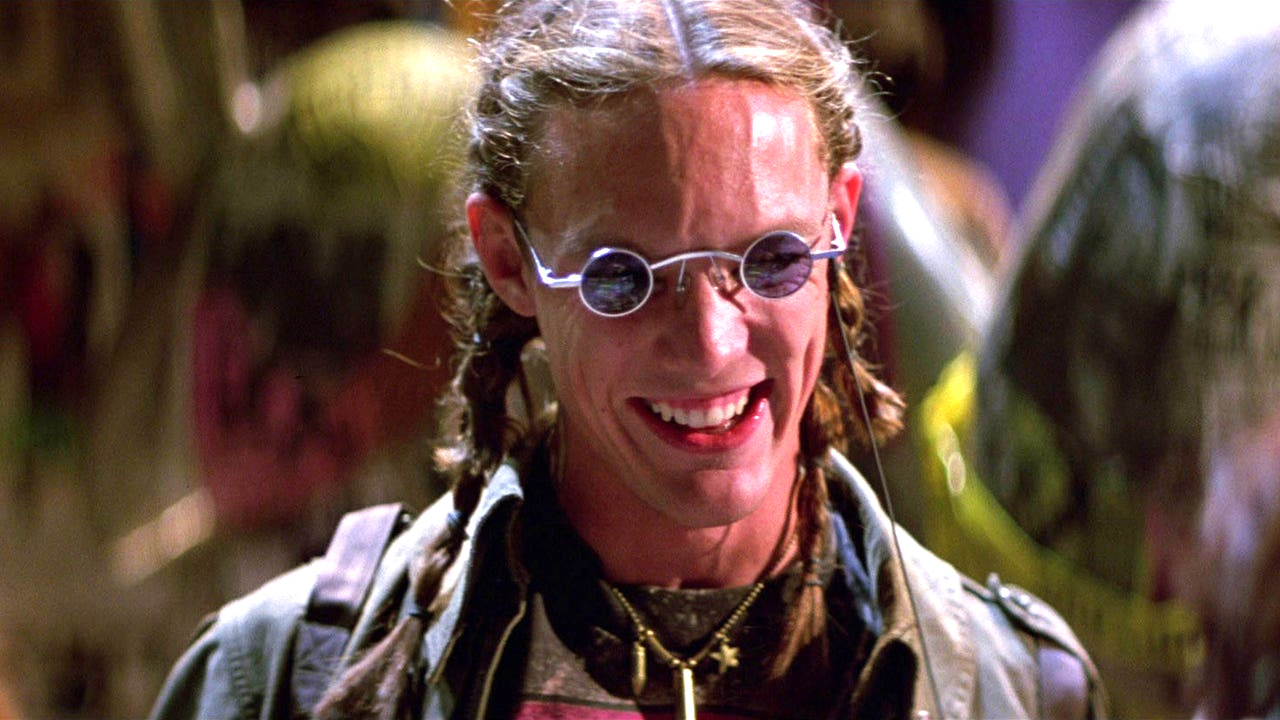 Any movie that predicates itself on the notion of what cutting-edge technology is or should look like always runs the risk of instantly dating itself, with 1995’s crime thriller Hackers now viewed as a time capsule of sorts, one that younger audiences would refuse to believe was once deemed as a timely and prescient tale of technology gone rogue.

Jonny Lee Miller’s Zero Cool crashed over 1500 Wall Street computers when he was just a kid, and ended up getting banned from going anywhere near a keyboard as a result. With his 18th birthday on the horizon, his renewed vigor gets him into more trouble than ever before, bringing him into the path of various other whizkids who boast handles like Acid Burn, Cereal Killer, The Phantom Phreak, and The Plague.

So 1990s in conception, design, and execution that it should come slapped with a cringe warning in 2022, it’s a snapshot of virtually every cliche or one-dimensional archetype that’s ever been seen in a Hollywood film revolving around the subculture of illicit hacking, with an evil genius and some federal agents thrown in for good measure to ladle on even more formula.

iTunes subscribers are evidently feeling nostalgic for the old days when the internet was in its infancy and not the hellhole it is today, with Hackers having popped up on the platform’s most-watched list this weekend, as per FlixPatrol.

There are some stylish visuals to be found, though, while Miller and Angelina Jolie provide an engaging central duo, generating exactly the amount of chemistry and sparks you’d expect from a pair who ended up getting married six months after Hackers hit theaters in September 1995.