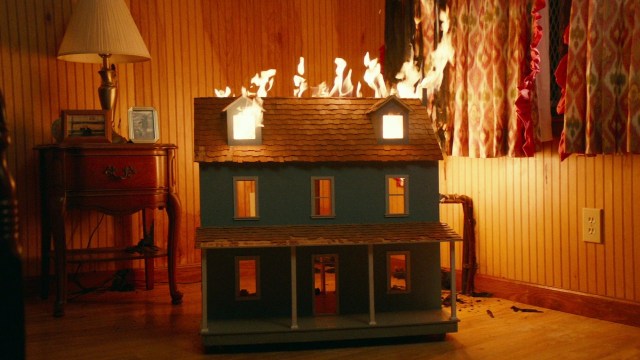 It seems that Halloween (1978) fans have collectively agreed that the sequel trilogy — which ignores all other entries in the franchise — went from bad to worse with the final installment, Halloween Ends (2022). Beginning in 2018 with the aptly-titled Halloween, director David Gordon Green sought to reboot the franchise without erasing the continuity of John Carpenter’s original from the ’70s. Jamie Lee Curtis, who has portrayed babysitter Laurie Strode for over 40 years, reprises her role in Green’s trilogy, which picks up with Strode in her 60s and acting out in fear of Michael’s return, driving her to become a drunken recluse.

Three years later, Halloween Kills (2021) hacked and slashed its way into theaters to continue the planned trilogy. This time around, Michael was more violent, more vengeful, and more dangerous than ever. In fact, Halloween Kills is the bloodiest and goriest installment in the whole franchise, including some lackluster sequels and even Rob Zombie’s renditions. Then, just this month, Halloween Ends rounded-out Green’s continuation, but the reviews were just as shocking as some of the filmmaking decisions. Regardless, Redditors are showering praise on the trilogy, even if the rest of the world isn’t rallying to its defense.

There have been some arguments made that cast Green’s Halloween trilogy in a much better light. A lot of comments agreed that while the trilogy as a whole can be considered weak, Halloween (2018) manages to sneak into many horror fan’s ‘top three’ lists.

Audiences are in agreement on Halloween Kills, however, which went in an entirely different direction and allegedly ruined the trilogy from then on. In fact, Kills deterred many Halloween fans from even considered Ends, which is perhaps why the closing act got so brutally review-bombed. Halloween (2018) got the train chugging along quite nicely, but by the time Halloween Ends arrived, the locomotive had ran out of steam.

Among some mixed responses, there were Halloween diehards who enjoyed the trilogy for what it was, being able to separate it from the untouchable classics while appreciating the attempt at revamping a beloved franchise for the 21st century. One comment even humorously mentioned that because they found Leprechaun In the Hood (2000) enjoyable, they’re certainly no critic to David Gordon Green’s valiant efforts.

Unfortunately, Halloween Ends won’t ever live up to the standards set by its predecessor, no matter how many rewatches it gets. Having only grossed $85.7 million so far against a $33 million budget, it isn’t looking like Green’s trilogy will have a legacy worth remembering. Still, there will always be fans that’ll defend Halloween Kills and Halloween Ends with their lives — there just isn’t many of them.