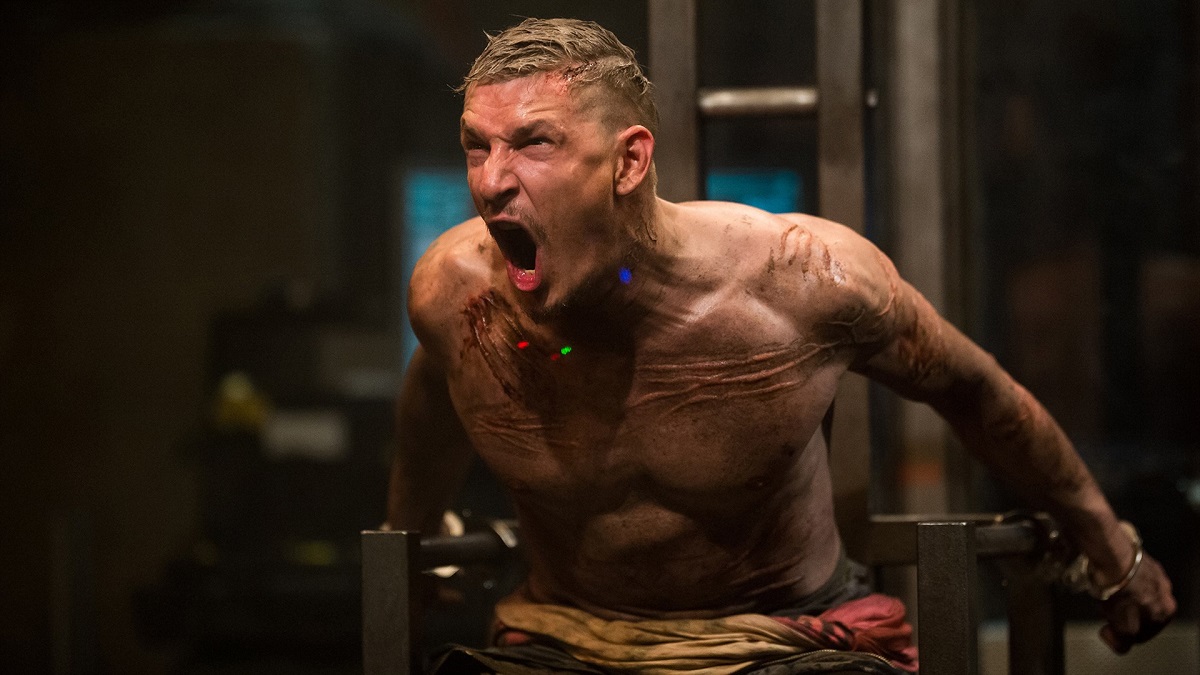 Being the morbid bunch that we are, movies that focus on pandemics and/or deadly virus outbreaks have surged in popularity over the last two years, because nothing offers escapism from the real world than watching a cast of recognizable actors be killed off by a rapidly-mutating disease that threatens the world as we know it.

Titles like Contagion, Outbreak, 28 Days Later, Train to Busan, Songbird, Children of Men, I Am Legend, and others have all enjoyed their moment in the streaming spotlight during the age of COVID, and now it’s the turn of forgotten 2018 sci-fi/horror/zombie hybrid Patient Zero.

Despite boasting Matt Smith, Natalie Dormer, and Stanley Tucci among the cast, the bargain basement B-tier thriller never saw the inside of a theater, being sent out in the VOD wilderness instead. Which was probably the smartest move in retrospect, when a 14% Rotten Tomatoes score and 25% user rating signifies that the bottom of the barrel was being scraped.

As you’ve no doubt seen in a thousand other titles, a new super-virus has ravaged the planet to turn those who survive into murderous monsters, with Smith’s asymptomatic Morgan teaming up with Dormer’s virologist to try and figure out a cure before it’s too late.

That lack of originality permeates Patient Zero from first to last, but iTunes subscribers don’t seem to mind settling down with an overly familiar tale, given that FlixPatrol has named the turgid ticking time bomb as one of the most popular films on iTunes this week.