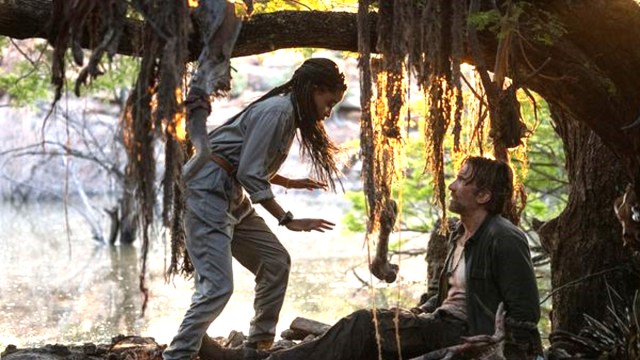 Idris Elba admitted not too long ago that recent action thriller Beast may have been misleadingly marketed, with much of the campaign built off the back of the promise we’d be seeing the actor fight a lion.

While that wasn’t 100 percent accurate, he did square off with the king of the jungle a couple of times, so it’s not as if the film could be accused of pulling the wool over our eyes in the same way as Joe Carnahan’s The Grey, in which Liam Neeson definitely did not punch a wolf with glass taped to his hands.

If you’re making a B-tier genre flick that features a hugely talented, wildly popular, and Golden Globe-winning thespian like Elba rolling around on set pretending a man in a gray leotard is in fact a lion, then you’d better make sure the end product is bonkers enough to live up to such unusual origins. Thankfully, director Baltasar Kormákur fully understood the assignment, pitching the tone just on the right side of winking at the audience.

Beast is loud, it’s stupid, it’s so far-fetched you may even be left rolling your eyes plenty of times throughout the 93-minute running time, but we’ll be damned if it isn’t a hell of a lot of fun to strap in and take the wild and crazy ride. Streaming subscribers certainly agree anyway, with the stupendously preposterous creature feature having taken a sizeable bite out of the most-watched charts on more than one platform.

Per FlixPatrol, Beast is a Top 10 success story in the United States on Amazon, iTunes, and Vudu, drumming up some additional profits after its box office run barely managed to scratch and claw past $50 million.