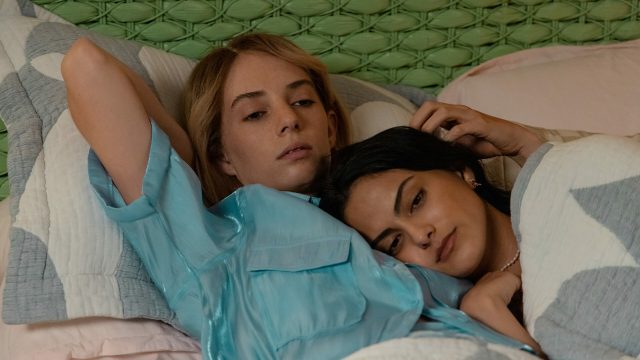 They say that revenge is a dish best served cold, but this Netflix original film is hot on the charts after clawing its way up to number one with its perfectly manicured nails. Do Revenge premiered on the streaming service last week on September 16, and claimed second place on the Netflix Top 10 chart, which apparently was not good enough, so this week it beat out the competition and claimed first place.

The high school-based revenge drama has been watched a total of 42.5 million hours in the last week, narrowly beating out action thriller Lou. The film features stars from some of the most watched television series in the world including Riverdale actress Camila Mendes in the lead role opposite Stranger Things’ Maya Hawke with Game of Thrones’ Sophie Turner also making a memorable appearance in the film. With such a star-studded cast it’s not surprising people have flocked to watch it.

The film pays homage to the classic cult high school movies of the past, with Eleanor (Hawke) stating she is “a disciple of the ’90s teen movie.” The movie gets its inspiration from such well-known classics as Heathers, Clueless, and Cruel Intentions with a sprinkle of the 2004 film Mean Girls. Despite being drawn from a well of nostalgia, the movie feels incredibly modern, with styling that speaks very much to the Gen Z culture (also drawn from 90’s inspiration). The script also feels very fresh, with subversions and twists throughout the entire running time.

The film has received positive reviews overall, praising the themes of the film that explore female friendships and the cruelty of high school as well as the performances given by the two leads. Now they are at the top they just need to dig their claws in a little deeper to hold on.

Do Revenge is currently available to stream on Netflix.