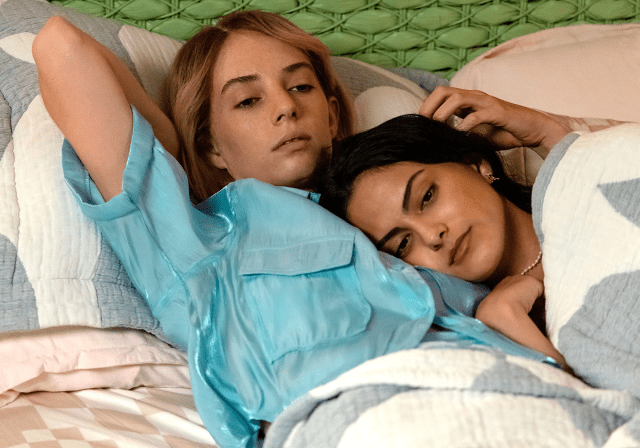 You’re either painstakingly unaware or teeth-grindingly conscious of this fact at any given time, but the realm of high school is absolutely, positively ruthless; just look at Olivia Wilde’s directorial debut Booksmart, where the closest thing to an antagonist was the culture of high school itself, complete with the hierarchy and expectations that each and every character found themselves mercilessly constrained by.

In any case, it looks like Jennifer Kaytin Robinson (Thor: Love and Thunder) is stepping up to the plate with a directorial take on the cruelties of high school as well, and if the reviews for Do Revenge, the film in question, are anything to go by, we can expect a cutting-edge, wildly subversive romp spearheaded by the likes of Camila Mendes (Riverdale) and Maya Hawke (Stranger Things).

Do Revenge centers on the plight of high school students Drea (Mendes) and Eleanor (Hawke), whose social lives become completely uprooted in the blink of an eye; Drea via a leaked video of her topless body meant only for her boyfriend, Eleanor via becoming the subject of a rumor where she forced herself on another girl. The two girls then find themselves teaming up in order to ruin the lives of the people who hurt them.

The Guardian‘s Adrian Horton gave the film an overall positive review, praising the performances of the two leads while finding joy in the inspirations it draws from.

Do Revenge leans more into the campy satire side of the American teen movie canon. Its outsized mean girl ruthlessness with a candy-coated shell, led by Mendes and Hawke’s commanding performances, is a biting, if overlong, good time.

Overall, Do Revenge is a good story about female friendships and the many issues women face in society. It’s campy at times, but in those moments when the film is sure of itself and its characters? It shines brightly.

And NME‘s Paul Bradshaw counted it as capable a high school-centric film as some of its most culture-defining peers.

Do Revenge might be standing on the shoulders of a lot of other high school heroes, but it’s more than tall enough on its own to be counted in the same class.

Do Revenge is now streaming on Netflix.