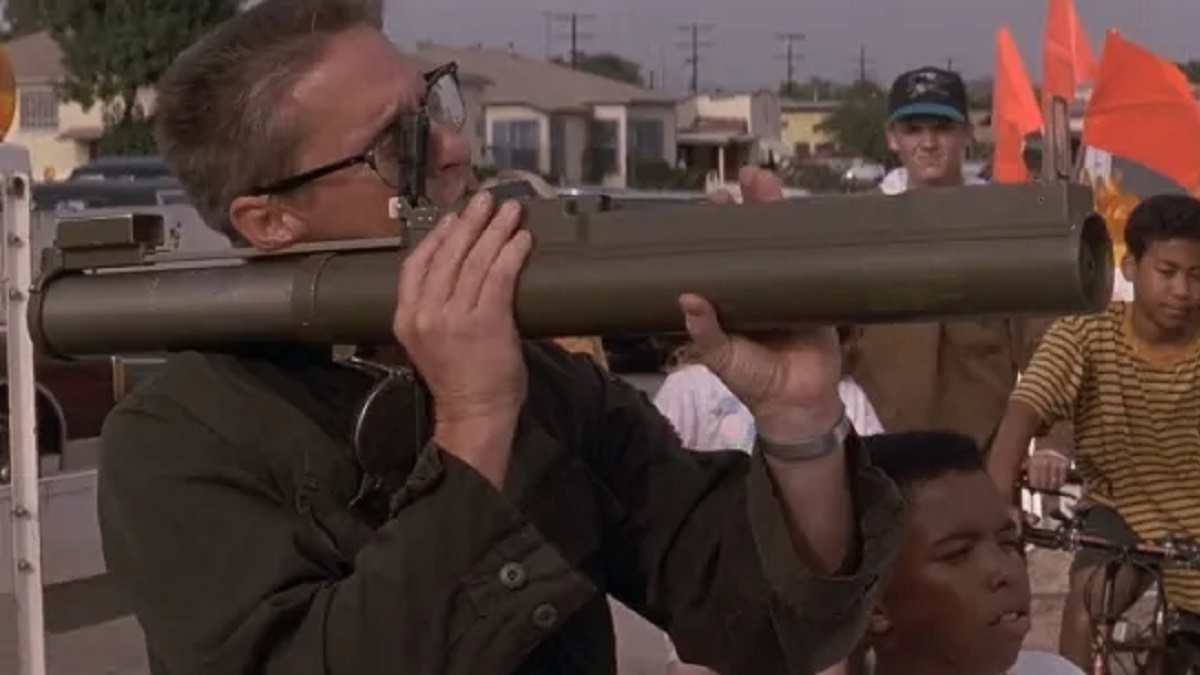 The coming-of-middle-age story isn’t always an easy sell to general audiences, when examples almost always specifically focus on rage-filled men in their 50s losing their sh*t, reliving lost youth, and/or causing chaos. Of course, something like the acclaimed Danish dramedy Another Round isn’t comparable to Joel Schumacher’s Falling Down in the slightest, even though they technically both occupy the same thematic subgenre.

The latter can often be a nasty piece of work that paints its lead character in the most unsympathetic of lights, even though you can’t help but be transfixed by Michael Douglas’ simmering central performance. The actor’s William Foster is unemployed, in the midst of a divorce, and then suffers a breakdown in more ways than one when his car gives up on the interstate as he tries to make it to his daughter’s birthday party.

Heading through the city streets on foot, he begins to gradually grow more and more enraged at the people, situations, and circumstances that surround him, leading Robert Duvall’s kindly veteran cop to wonder who the hell this guy is, and why he’s doing what he’s doing.

Almost 30 years after first releasing to widespread acclaim, Falling Down has turned out to be one of the weekend’s most unexpected success stories on streaming after reaching the iTunes Top 10 in the United States, as per FlixPatrol.

Some of the underlying subtext is just as resonant now as it was back in 1993, perhaps even more so in some instances, making it a viewing experience that’s as fascinating as it is endlessly entertaining.