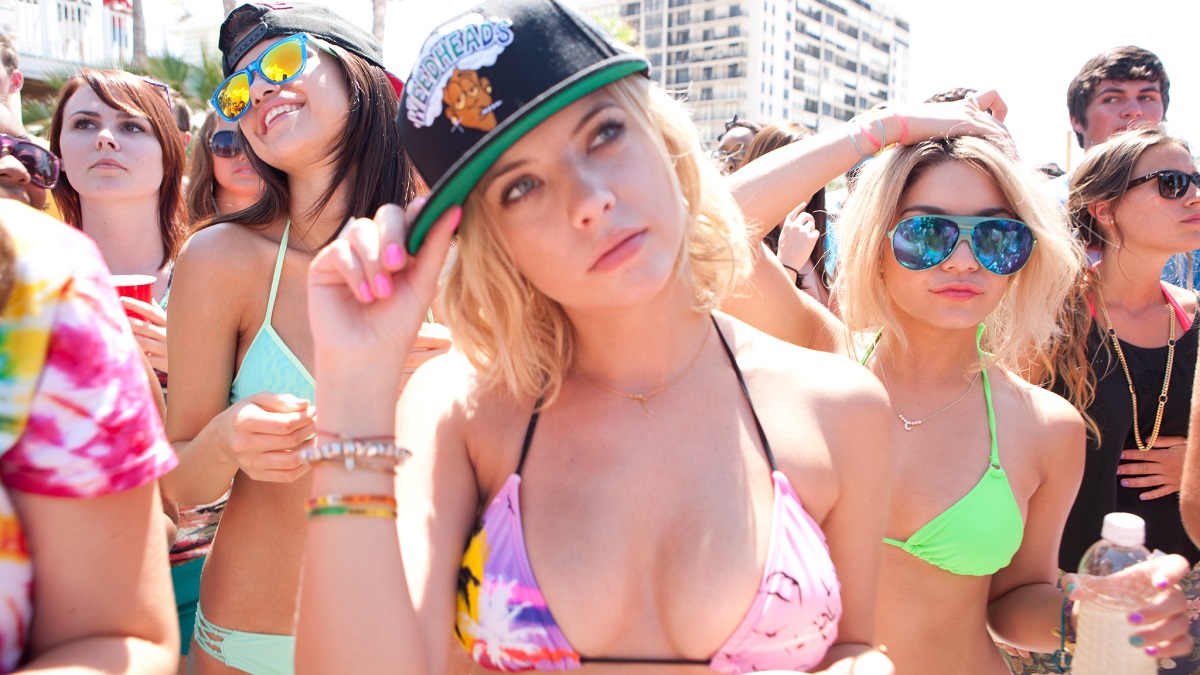 Writer and director Harmony Korine is no stranger to controversy and backlash, so the reception to Spring Breakers was nothing out of the ordinary for the filmmaker. However, the most curious thing about the crime caper was just how polarizing it proved to be.

A 67 percent Rotten Tomatoes score would have you thinking it’s an above-average movie, whereas a 38 percent audience average from over 50,000 ratings says the opposite. Throw in a hugely lucrative box office run that hoovered up $31 million from theaters on a $5 million budget, as well as plenty of spots on 2013’s “Best Of” and “Worst Of” lists in equal measure, and it’s easy to see why it split opinion so heavily.

Four hard-up college students robbing a diner to fund their indulgent spring break trip is a decent enough setup, with the introduction of James Franco’s sleazy aspiring rapper Alien throwing a spanner into the works when he bails them out of jail and indoctrinates them into a life of crime.

Spring Breakers was easy to market seeing as a great deal of the narrative involves scantily-clad beautiful woman weaponizing their feminine wiles for nefarious means, and we’re not suggesting that’s the sole reason why the film has been surging on streaming this week, but we’re not exactly ruling it out either.

Per FlixPatrol, the divisive and dangerous deep dive into the seedier side of sun-kissed frolics has made an impact on the iTunes global rankings, even if plans for sequel Spring Breakers: The Second Coming went up in smoke to put an end to any hopes of an unexpected multi-film franchise.