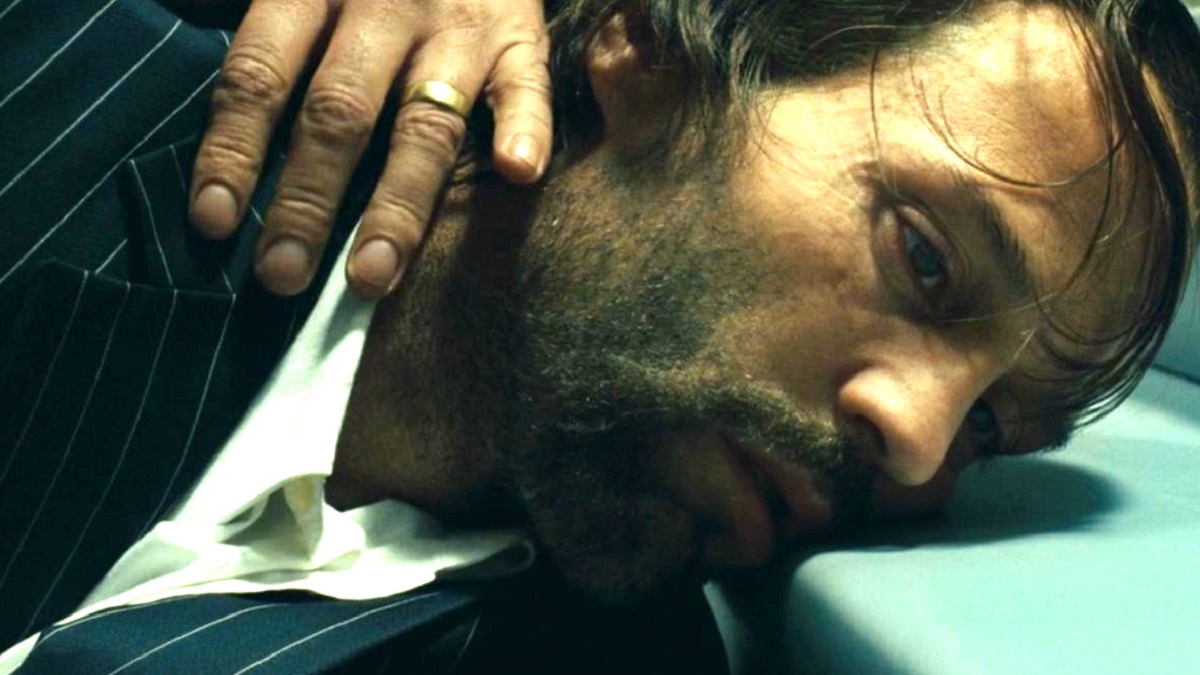 No filmmaker should allow themselves to grow comfortable in the wheelhouse that established their reputation in the first place, but things went disastrously awry for Guy Ritchie when he ventured outside of his crime caper comfort zone to deliver labyrinthine thriller Revolver.

Having built his name on fast-paced dialogue, charming performances, witty banter, bursts of unflinching violence, and crooks with a heart of gold that find themselves way out of their depth, Ritchie opted to take a misjudged detour into the world of self-indulgent pretension.

Jason Statham sports a distracting wig as Jake Green, a gambling prodigy who spent seven years in prison for a crime he didn’t commit to protect Ray Liotta’s criminal kingpin. Once he gets released, he takes on his former employer in a high-stakes casino game, before a hit gets put out on his life that forces him to partner up with two brothers in an effort to survive and take out the competition.

If it wasn’t for Swept Away, then Revolver would comfortably be regarded as Ritchie’s worst feature by a distance, but it’s somehow managed to reach the Top 10 on the Paramount Plus most-watched list in multiple countries this weekend, as per FlixPatrol.

Inspired by Kabbalah, spiritualism, mysticism, numerical significance and other such convoluted concepts, Revolver pulled in less than $7 million at the box office, landing a mere 15% score on Rotten Tomatoes to rub further salt in the wounds.

In fact, reviews were so poor that it a quote describing it as “brilliant” was traced back to a website created by a PR agency at the behest of the distributor, with the person praising the film coincidentally having a small role in it, too.