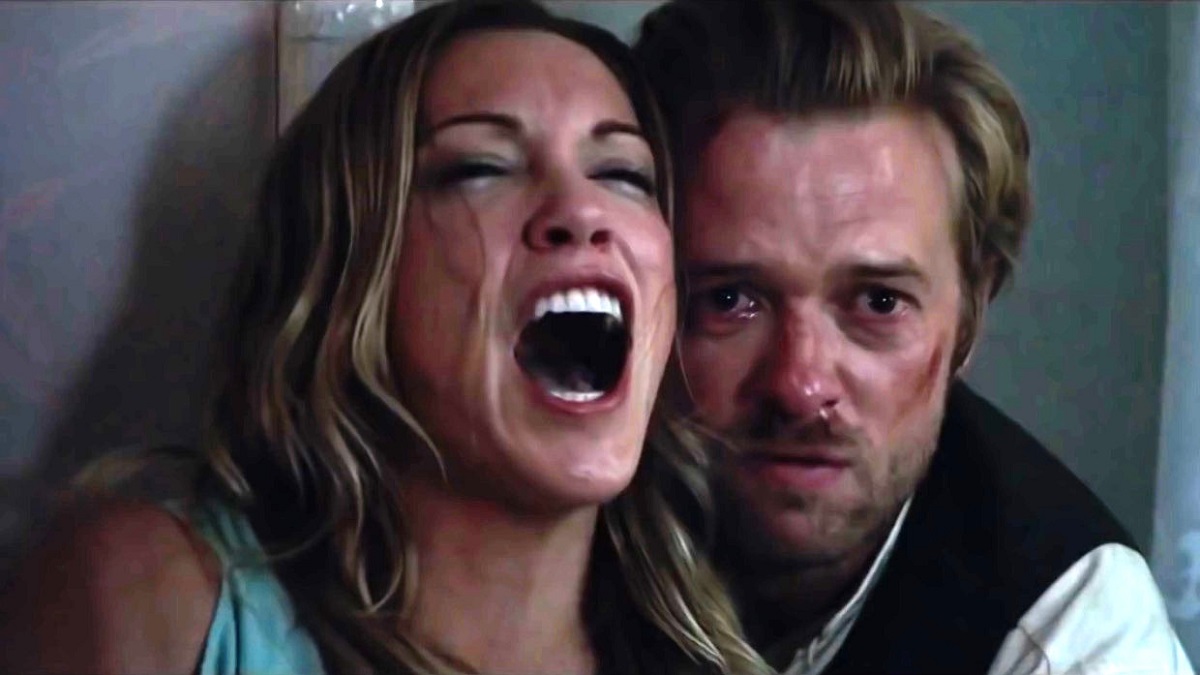 We’ve grown accustomed to horror films labeling themselves as either “based on” or “inspired by” true events, but few have been so blatantly shameless and exploitative as John R. Leonetti’s Wolves at the Door, which used the real-life murder Sharon Tate at the hands of the Manson Family as the basis for a shlocky R-rated genre film.

It’s not as if writer Gary Dauberman was trying to hide it, either, with the story revolving around two photogenic couples hosting a farewell get-together at their opulent home, when things are soon interrupted by a gang of intruders, who break in and start leaving a trail of bloody destruction in their wake.

The similarities are there for all to see, and it left critics and audiences feeling very uneasy. In fact, Wolves at the Door has a big fat 0 percent score on Rotten Tomatoes, with some of the verbiage used to describe the film throwing up such terms as “repellent”, “misconceived”, and “distasteful” to name but three.

Despite leaving viewers aghast at the way it uses a genuine tragedy as the means to power a substandard slab of terribly misjudged would-be entertainment, Wolves at the Door has nonetheless found a sizeable number of HBO Max subscribers willing to dedicate 72 minutes of their time to one of the genre’s worst-reviewed efforts in years.

As per FlixPatrol, the fact the universally-panned film has managed to hit the dizzying heights of fifth spot on the platform’s global rankings is yet another indicator that reviews don’t mean a damn when it comes time to hit play on-demand.