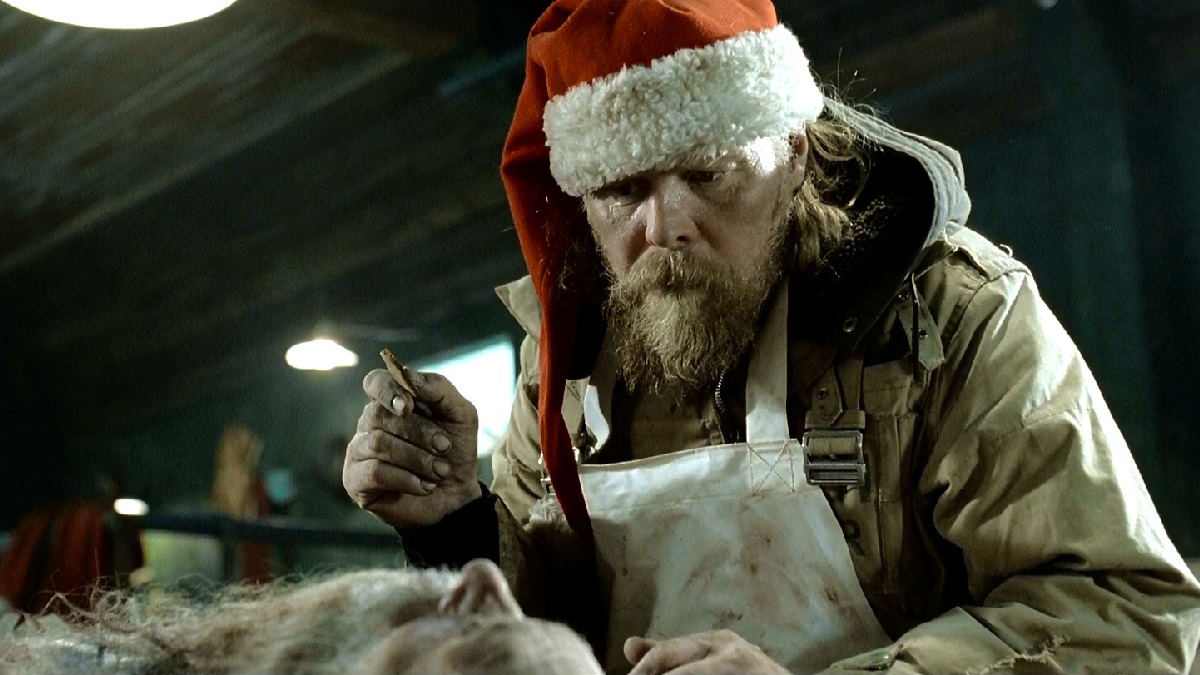 Mel Gibson’s Fatman and David Harbour’s Violent Night have introduced audiences to ass-kicking versions of Santa Claus with significantly harder edges than we’d become accustomed to during the annual deluge of festive features, but it’ll take some effort for anyone to come up with a less jolly version of Saint Nick than writer and director Jalmari Helander created for Rare Exports: A Christmas Tale.

Although the film wasn’t a huge success after releasing in December of 2010, it didn’t take long for word to spread that the blood-soaked deconstruction of the myths, legends, and folklore surrounding Santa was a must-see for any horror aficionado, while a Certified Fresh Rotten Tomatoes score of 90 percent underlined that it was more than just a gimmick, too.

Two young friends in the mountains of Finland discover a drilling project that’s uncovered the hidden tomb of Santa, so they naturally expect plenty of yuletide cheer and presents to follow his defrosting. However, the truth behind the Christmas icon is altogether darker and more sinister, with a feral old man captured in a trap holding the sinister key to unraveling the real meaning behind the holidays.

The seasonal horror recommendations have been coming thick and fast on Reddit, but a celebratory thread heaping praise on Rare Exports has made it clear that those with a soft spot for all things snow-capped and grisly hold it on a pedestal that few other Christmastime terrors can match. If you haven’t watched it this year, then add it to the nice list immediately, otherwise the film’s snarling spin on Santa could end up coming down your chimney.