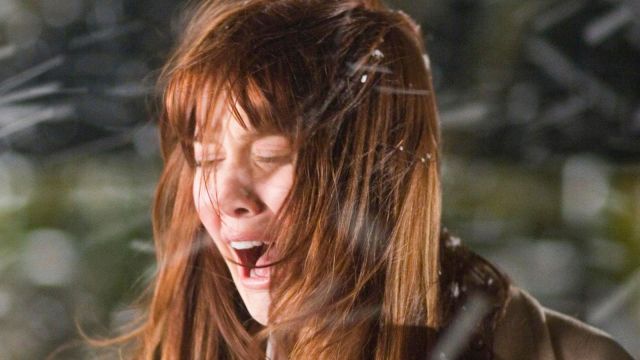 Horror and Christmas go together like Elon Musk and terrible decisions, or like Hollywood and needless remakes. Thanks to the factory-like churn of Hollywood, anything which was once good gets remade to often terrifying results.

2006 saw one of the most needlessly and almost offensively bland remakes in Black Christmas. The original film came at a special point in horror and filmmaking history where Canuxploitation (cheap films shot in Canada for budget/tax reasons) was big. Widely adored as the best festive horror film to ever be put out, it’s 2006 remake has somehow resurfaced as being underrated.

Unbelievably stacked for no good reason, it stars the likes of Mary Elizabeth Winstead, 2000s scream queen Katie Cassidy, and Buffy the Vampire Slayer’s Michelle Trachtenberg. Despite all of the talent, it’s somehow almost universally seen as turgid. Perhaps the only saving grace, agreed upon by everyone, is the cast is excellent.

It’s well-worth noting both Trachtenberg and Cassidy ended up being in Gossip Girl, playing surprisingly similar roles. Even stranger is several of the minor roles are played by former Rugrats voice actors in Andrea Martin and Lacey Chabert.

Other glowing bits of recommendation include praise for how the film is shot, with it using color significantly more interestingly than its very subdued by comparison predecessor. 2006’s rendition was directed by Glen Morgan who co-wrote countless episodes of The X-Files, and directed the eerily creepy Willard in 2003. Unfortunately, Crispin Glover doesn’t feed anyone to a rat in this movie, so it’s a massive downgrade from Willard.

The reappraisal of 2006’s Black Christmas is undoubtedly helped by how the 2019 remake was somehow worse. Black Christmas looks destined to be put on life support every 10-15 years and pumped out to a new generation, so who knows when we’ll all get Stockholm syndrome and think 2019’s was good.

For gluttons for punishment, Black Christmas is currently available to stream on Mubi.