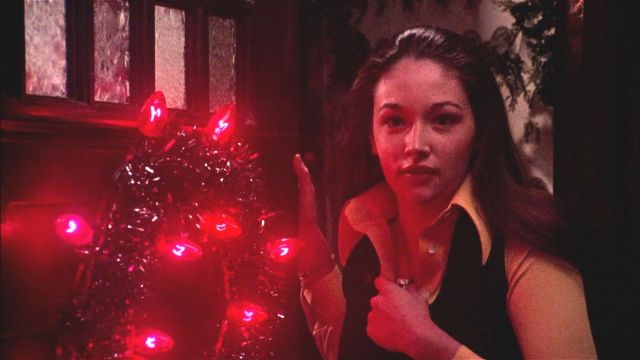 Seasonal twists on horror subgenres is what makes the festive season so spectacular, as fans rally around one of the first big gimmicky slasher films in Black Christmas.

Despite being rebooted twice to varying results (one which was incredibly bad, and the other only very bad), Black Christmas still doesn’t quite have the name recognition of some of its later down-the-line counterparts. A Canadian production, it was helmed by Bob Clark who followed up slasher success with a raunchy sex comedy in the form of Porky’s.

Nearly fifty years later, thanks in part to streaming, horror fanatics are giving much-deserved love to the original and the best. Set in the scariest place imaginable, a student dorm house in Toronto, sorority sisters have to face the music as a mysterious caller keeps threatening them over the phone.

Boasting a stacked cast as well, with Superman: The Movie’s Margot Kidder, Star Wars voice actress Olivia Hussey, and Enter the Dragon’s John Saxon all snowed in for the claustrophobic film. Black Christmas was a major influence on none other than Halloween director John Carpenter, with its killer giving some clear visual inspiration.

Canadian cinema and horror usually aren’t a combination you’d expect much from, but during the 1970s and 80s “canuxploitation” was rampant. B-movies rushed across the border to use cheaper sets, actors, and state subsidies as the Canadian government wanted to kickstart their local industry.

There are frankly not enough Christmas-based horror movies, especially for those who want to see blood splatter against the cold-driven snow. Apart from this and Krampus, you’ll be feeling a bit malnourished for festive season spooks. To really get you in the mood, the film is even based loosely on real-life events.

Black Christmas is available to stream on Amazon Prime Video.