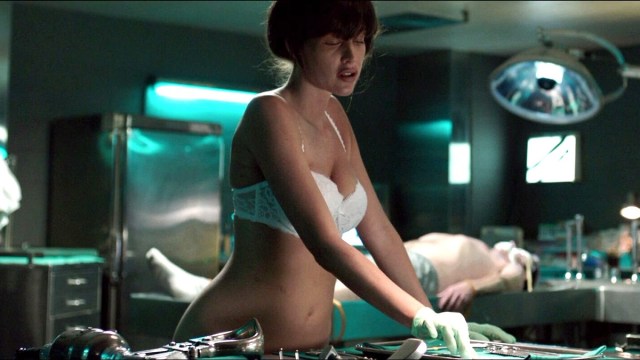 A $10 million horror designed with the intention of harking back to the glory days of the erotically-charged, gonzo slashers of days gone by hardly sounds as though it has the potential to be one of the most torturous productions of the last decade, but the making of Nurse 3D was the stuff of nightmares.

Shooting wrapped in October of 2011, but it wouldn’t be until February of 2014 that co-writer and director Doug Aarniokoski’s ode to excess would be released – where it ended up making history as one of the first major studio-backed titles to roll out simultaneously on both the big screen and home video.

That was probably for the best, because Nurse 3D died a death at the box office by earning a mere $80,000, but that was just the beginning of its troubles. Star Paz de la Huerta was struck by an ambulance during shooting, with the production company paying out $73,000 in workers’ compensation – and that was before the actress launched a $55 million lawsuit.

After discovering she’d been overdubbed for the final cut without her knowledge, de la Huerta sought damages claiming the film had “destroyed her acting career” after she struggled to find meaningful work in the aftermath of the infamous disaster. It’s been almost a decade since Nurse 3D was sent out to wither on the vine, but a streaming comeback looks to be on the cards at last.

Per FlixPatrol, the story of Abby Russell’s double life as a nurse by day and brutal slayer of lustful men by night has surfaced on the Starz most-watched list after years of irrelevancy, and it’s a kitsch treat for those in the right frame of mind for its unique charms.