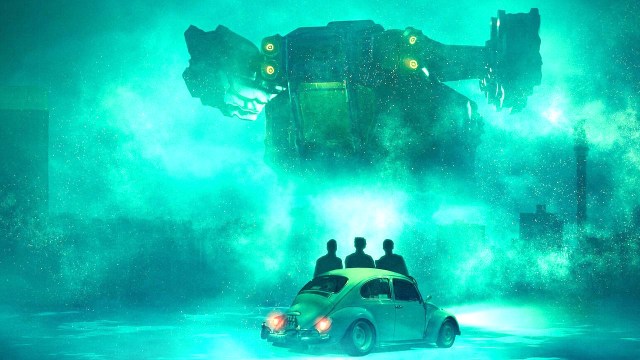 Advances in technology have ensured that anyone is capable of putting together an effects-heavy feature using little more than hard work, drive, and determination if they set their mind to it and surround themselves with the right people, and Netflix viewers have been discovering that DIY sentiment firsthand, based on how Office Invasion has been faring on the charts.

As per FlixPatrol, the South African sci-fi comedy made on a shoestring budget has become a Top 10 hit in six different countries, which is good enough to see it rank as the 35th most-watched feature film on the platform. While that might not sound all that noteworthy, let’s not forget just how much time we’ve all wasted scrolling through the thousands upon thousands of titles available at the push of a button.

Directed by Gareth Crocker and Fred Wolmarans, the fairly straightforward (at least within the parameters of science fiction) plot finds three best friends played by Rea Rangaka, Kiroshan Naidoo, and Sechaba Ramphele uniting to defend their mining company from the threat of an extraterrestrial invasion, with the intergalactic interlopers looking to strip their resources and wipe out anything in their path.

Reviews have been wildly mixed, though, with just as many viewers praising the lighthearted look at corporate culture through a broad genre lens as there have been those decrying it as one of the worst films they’ve ever had the misfortune of seeing. Looking at how Office Invasion is faring on the world’s biggest streamer (at least if you discount Disney’s cumulative subscriber count), yet more vastly differing opinions could be coming shortly.