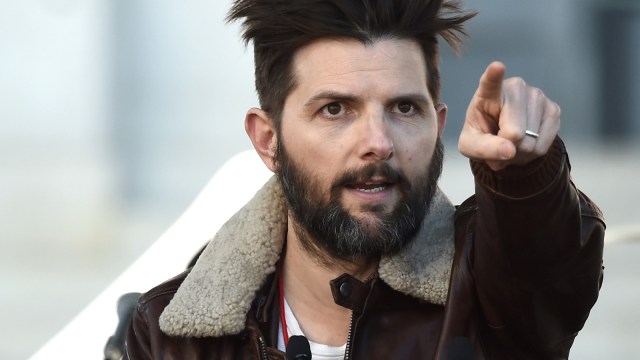 Sony’s Madame Web has done a great job so far of maintaining secrecy despite shooting on location, especially when Spider-Man: No Way Home, Venom: Let There Be Carnage, and even Morbius were beset by a barrage of leaks on what began to feel like a daily basis.

We’re not even 100 percent sure which version of the title hero lead Dakota Johnson is playing, while all we’ve had to go on in regards to the rest of the supporting cast is speculation. That being said, snaps taken from a distance during production led fans to theorize that Adam Scott could be playing a version of Peter Parker, and they were surprisingly on board with the idea.

However, a new report from The Cosmic Circus claims to have outed the Parks and Rec alum, and it’s even more shocking than a middle-aged Spidey. As the story goes, Scott will actually be playing Uncle Ben, which would be a hell of a risk for a Sony-backed project to take, especially when Tom Holland’s Marvel Cinematic Universe web-slinger arrived on the scene with his origin story already completed.

While further details beyond the initial revelation are scarce, you can guarantee that the internet will have plenty to say if Ben Parker does indeed have a huge part to play in Madame Web. Then again, the general consensus is that everyone loves Adam Scott, so he’ll surely be given the benefit of the doubt until audiences get to see the finished film with their own eyes.