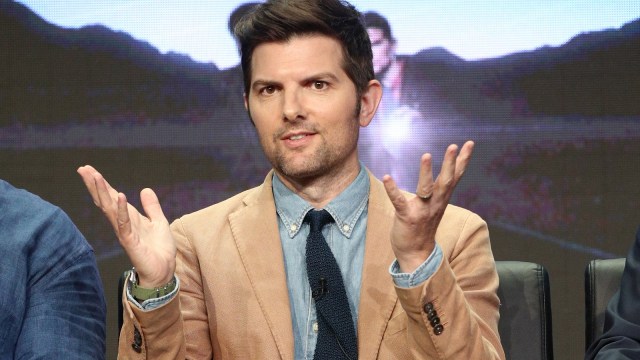 Other than Dakota Johnson’s title hero, who may not even be the Cassandra Webb version of the character, Sony is keeping the identities of the Madame Web cast tightly under wraps, even with production now underway.

Set photos have revealed that the latest installment in Sony’s Spider-Man Universe will take place in the early 2000s, which only serves to create even more questions. Director S.J. Clarkson’s superhero blockbuster could be the franchise’s first prequel, then, or it could even be multiversal in nature given what happened in the terrible post-credits scenes of Morbius.

Sidney Sweeney, Isabela Merced, Celeste O’Connor, Tahar Rahim, Emma Roberts, and Mike Epps are all on board, but it’s Adam Scott that’s been generating huge online speculation, with the most recent batch of snaps leaving plenty of fans convinced that the Parks and Recreation alum will be an older version of Peter Parker.

To be fair, if you were seeking to cast a middle-aged spin on Spider-Man who hung up the spandex a while back, but still retains the iconic superhero’s youthful exuberance and charm, then you could do a whole lot worse than the 49 year-old Scott. It would also be a completely unexpected development, at least among the fandom, many of whom have been crossing their fingers for Andrew Garfield to be reinstated as Sony’s canonical web-slinger.

Madame Web comes to theaters in October of next year, but we’d be very surprised if the actor’s role managed to remain under wraps until then, so the countdown is on until we find out if the seemingly far-fetched theory is on the money.