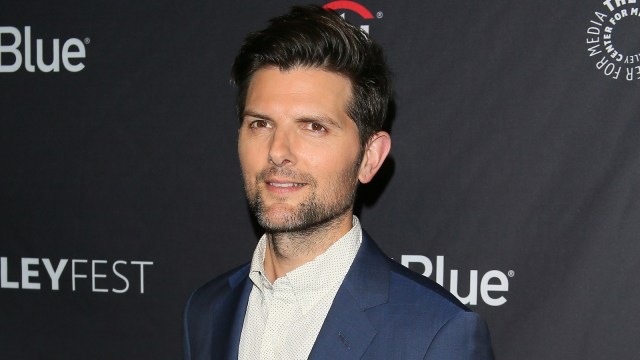 Sony’s Madame Web is now in production and fans have been desperate to get a glimpse of what’s going on on set. Parks and Recreation actor Adam Scott was revealed to be joining the ensemble back in June, and now photos have emerged of the actor on set, with fans so happy to see him make his way into the superhero world.

Despite production being underway, the film is still being kept under tight wraps with many uncertain about which character exactly Dakota Johnson will be playing. Recent on-set images have led some to believe she could be playing the second version of the Madame Webb character, Julia Carpenter. It isn’t confirmed yet just who Scott will be playing either, but these images on Twitter are causing some intense speculation.

Though the outfit may appear exceedingly nondescript, it’s actually reminiscent of something Peter Parker wore in the comics. It could be that Scott is in fact going to be playing a version of Spider-Man within the Sony universe.

Sony has been working hard to build their own Spider-verse, with Venom and Morbius already introduced and now Madame Web. With Tom Holland firmly staying in Marvel, and the fact that the franchises have now been linked through the multiverse, with Sony’s current Venom character (Tom Hardy) appearing in the post-credits scene of No Way Home, perhaps Scott will be that universe’s Spider-Man moving forward. This could end up seeing Scott’s potential Spider-Man squaring off against Venom and Morbius in the future.

Of course, nothing has been confirmed and we will have to wait for Sony to release more information before we truly know exactly what Scott will be doing in Madame Web, which will land in theatres on October 6, 2023.