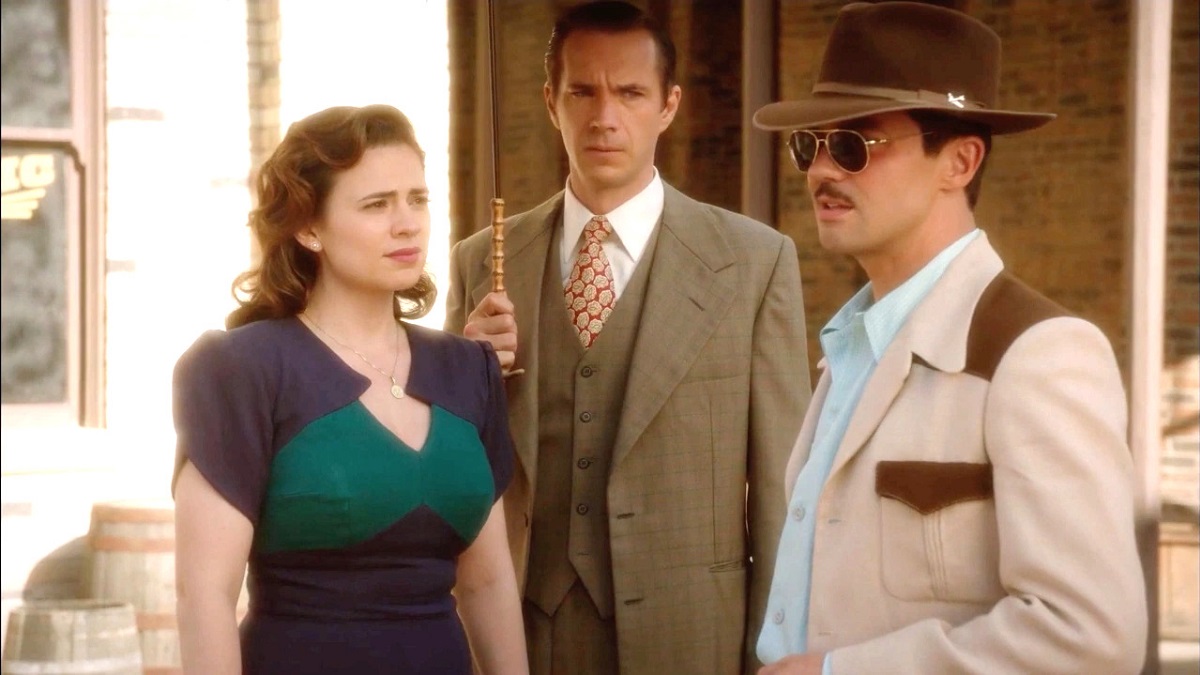 Kevin Feige initially claimed that none of the pre-existing Marvel-branded TV shows would be considered part of the cinematic universe’s official canon when he was named as chief creative officer, but recent developments would indicate the head honcho has softened his stance somewhat.

While Charlie Cox’s cameo as Matt Murdock in Spider-Man: No Way Home could have realistically been written off by reintroducing him as a variant that placed his street-level Netflix adventures in an alternate reality, Marvel’s official website looks to have cemented Daredevil as part of mainline continuity.

Hayley Atwell’s Peggy Carter debuted in the MCU before she got her own spinoff series, but her Agent Carter co-star James D’Arcy popped up in Avengers: Endgame alongside John Slattery’s Howard Stark, which is a pretty solid hint that the popular spinoff was in fact part of the Sacred Timeline.

In a recent interview with Digital Spy, D’Arcy spoke out about finally getting the chance to show face in a big screen MCU project, and admitted he’d be more than open to another appearance somewhere down the line.

“I loved the experience, and I was really lucky – the Russo brothers have been very, very good to me, and they very sweetly invited me back to be in Endgame briefly, which was great … Someone told me afterwards, I basically became a Trivial Pursuit-type question. I’m the only character who’s gone from the television show to a film. And, you know, as I’ve said before, the Marvel universe is a funny old place. Nobody is ever dead. And now they’re into the metaverse.”

Based on the present and future of the MCU’s current and upcoming slate, it’s hard to see how, where, and why D’Arcy’s Edwin Jarvis could reappear, but animated offshoot What If…? would provide at least one easily explainable option.