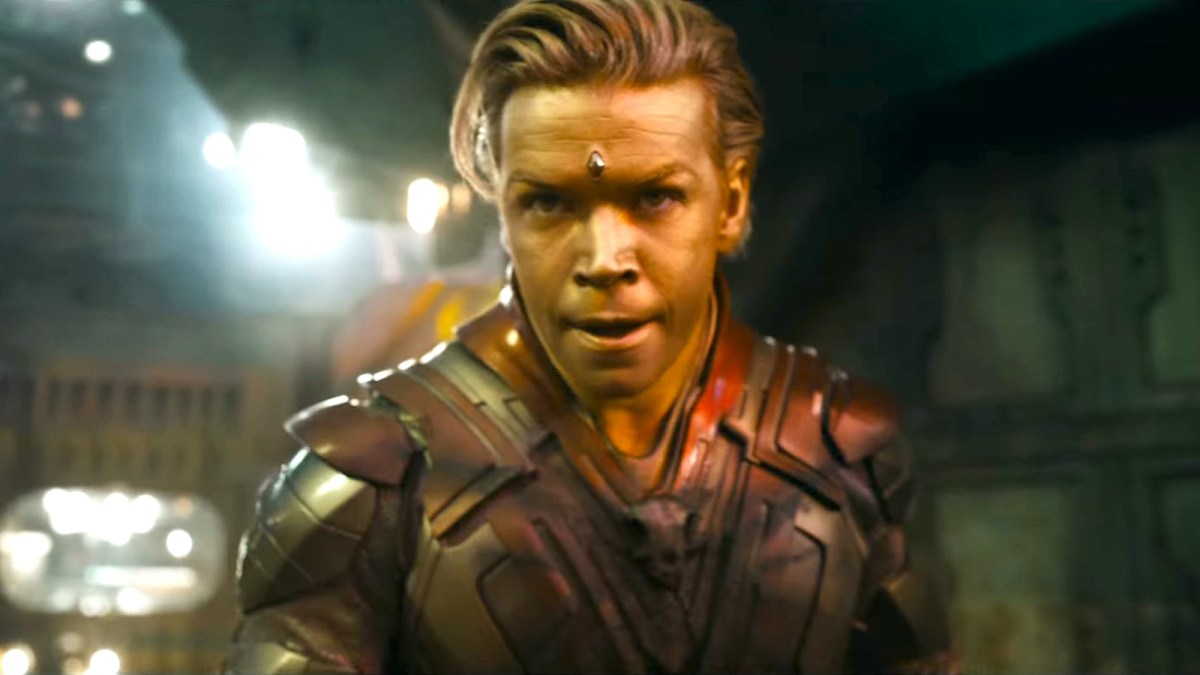 The Guardians of the Galaxy franchise is no stranger to powerful figures. The first film gave us our first glimpse at what an infinity stone was capable of in the hands of a bad guy and Volume 2 introduced us to the god-like Celestial Ego, an actual living planet. So it’s fitting that the third installment will also introduce us to one of the most powerful figures in the Marvel Universe, Adam Warlock. But just how powerful can we expect him to be?

Throughout the history of the Marvel comic book universe, Adam Warlock has been one of its most powerful beings. Designed by a team of super scientists known as “The Enclave” to be a perfect being, Adam, originally known as simply “Him,” possessed superhuman strength, durability, agility, and flight. “Him” was intended to be a living god and he proved that by going toe to toe with Thor himself. And even though Thor eventually won the battle, Warlock proved a formidable foe. And he’s only become more powerful as time has passed.

Perhaps Warlock’s most formidable power is his ability to manipulate energy and matter itself. That means he can literally transform a hail of bullets into a swarm of butterflies. He can even form things out of the very molecules around him (as long as it contains some form of matter) or alter the size of objects. However, it looks as if we’ll be seeing a relatively young Warlock in GOTG V.3, so he may not yet possess this great ability though he may be able to harness energy and project it as energy blasts.

Warlock’s array of perceptions goes far beyond the five senses of humanity at large. Warlock is gifted with “cosmic awareness,” meaning that he can literally sense almost anything going on in the universe if he concentrates enough. He can also perceive mystic events on a cosmic level as well. However, like his energy manipulation powers, Warlock didn’t gain his cosmic awareness until later in his life so the younger MCU version may not share the ability.

True to his name, Warlock has magical abilities as well, related to his abilities to manipulate energy of all types. Calling himself a “cosmic sorcerer,” Warlock was able to manipulate mystical energy following marvel’s “Annihilation” storyline. He can use the energy for a variety of effects and even use it to merge different multiversal timelines and realities.

While Warlock isn’t completely immune from harm, he has regenerative powers that basically make him immune to harm. Even though Warlock has suffered extreme damage and even death over the course of his existence, he is able to retreat into a cocoon form — the same form he was created in by The Enclave — that allows him to regenerate his form. And he generally emerges from the cocoon even wiser and more powerful than before!

The upshot of Warlock’s regenerative abilities is that he is essentially immortal. Theoretically, an opponent could dissipate enough of Warlock’s physical form to “kill” him, but even that probably wouldn’t kill him — at least not his comic book version. For many years, Warlock wore an Infinity Stone, the Soul Gem on his forehead. His connection with the gem is so deep that Death itself cannot claim Warlock’s soul.

Of course, in the MCU timeline, the Soul stone disappeared with the rest of the Infinity Gauntlet. Fans will have to wait until Guardians of the Galaxy Volume 3 comes out to see if the MCU version of the character possesses some sort of analog to the Soul Gem. He certainly seems to be wearing something on his forehead.