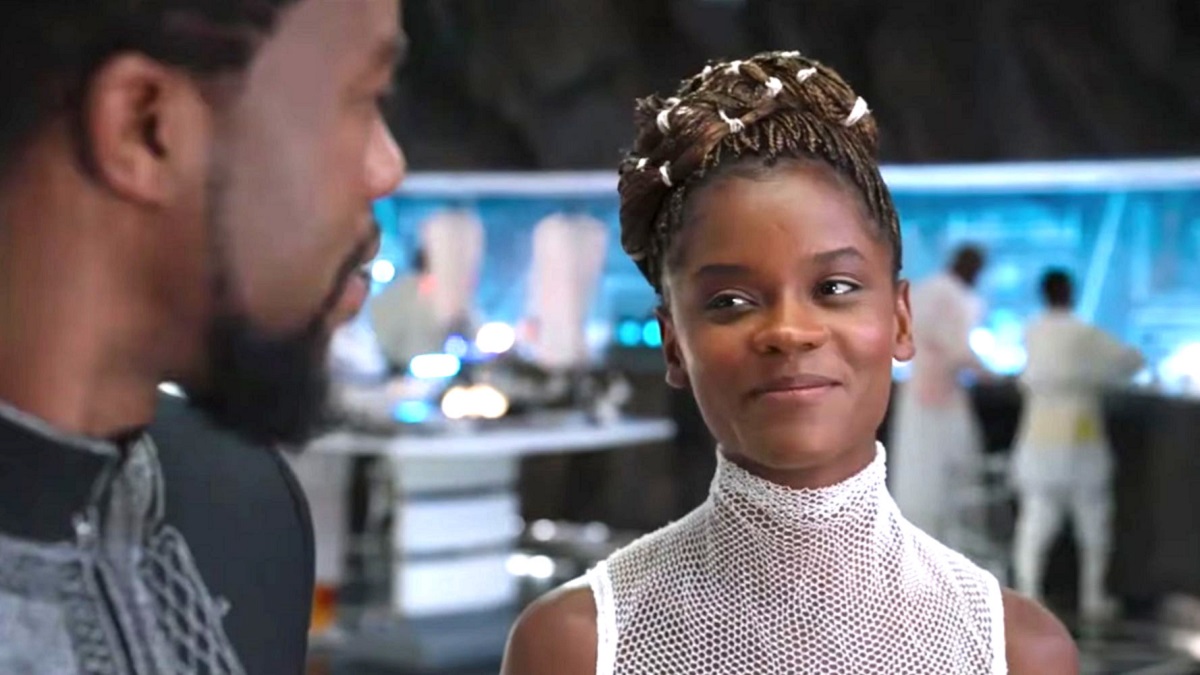 Ever since the recently debuted trailer of Black Panther: Wakanda Forever teased the arrival of a new Black Panther on the MCU scene, fans have been obsessively debating who will get to play the superhero next. There are many answers and Shuri — the princess of Wakanda and T’Challa’s sister — is the most likely candidate to take on the mantle of Black Panther. But even though there is no denying that she is an impressive addition to the list of female MCU characters, she isn’t the savior Wakanda needs.

Shuri is a fighter, not a warrior

Before you get all defensive, yes, she did fight in the battles that took place in Black Panther, Avengers: Infinity War, and Avengers: Endgame, but one just has to pick up any of these films to notice that Shuri overly relies on her tech. Yes, Iron Man did the same but he was also a capable fighter when his gadgets failed him, whereas Shuri has tasted defeat in hand-to-hand combat. She could have been a worthy candidate as Black Panther if she had been able to hold out in absence of her weapons but she is defeated the second her tech fails. One question alone can decide her candidacy as Black Panther — how she would fare if a member of a rival community challenged her to a fight without her tech.

When it comes to her intellect, there is no questioning her merits. She is an absolute genius and prolific engineer who has been instrumental in updating Wakandan Technology. In fact, she is the mastermind behind Bucky Barnes’ new vibranium arm and succeeded in removing his seemingly impossible-to-overcome Winter Soldier programming.

She is a fighter — it would be foolish to presume that the Princess of Wakanda has not received ample training — but she is definitely not a warrior. Her supreme intelligence doesn’t stand a chance against an opponent who relies on their brute superstrength to win, something that was proven beyond doubt when she went up against Killmonger or the alien hunting for Vision in Infinity Wars.

The MCU has had many characters who have suddenly attained impressive combat skills the second they got their superpowers. The best example would be the skinny Steve Rogers who miraculously gained excellent fighting skills the second he took the supersoldier serum. Compared to him, Shuri is a skilled fighter and also a certified brainiac. She is already a decent fighter against ordinary opponents, but as stated above, her skills fail her in the face of a formidable super-charged enemy.

Unless she is able to replicate the Heart-shaped herb that gave the ruler of Wakanda as well as any potential Black Panther their enhanced strength and heightened physical abilities, she will not be the perfect choice to replace T’Challa.

T’challa deserves to be recast, not replaced

While Chadwick Boseman was, undoubtedly, the ultimate Black Panther, the actor worked too hard and passionately to make the character a legend. Today, T’Challa is more than just a role played by the beloved Chadwick Boseman — he is the very first Black superhero in mainstream comic book history and remains an inspiration for the African-American youth. And when he was brought to screen and immortalized with Boseman’s performance, he became a real hero that young children looked up to.

Giving one of the most popular and beloved Black superheroes a death offscreen isn’t sitting well with many Marvel fans.

What’s more is that the late actor’s brother, Derrick Boseman, has shared (via TMZ) that Chadwick would have wanted T’Challa to live on in the MCU with a new actor replacing him as he knew that the character “was bigger than just himself as one guy.”

…and Shuri is so not there, not yet at least. She can fight but she is not as skilled as Okoye, the Dora Milaje General and leader of the Wakandan military — who we saw facing off and winning against Proxima Midnight in Infinity War — or Nakia. Of course, the studio can go for a clichéd training montage that shows how Shuri becomes a pro at hand-to-hand combat and uses her tech to further enhance the same — just like Sam Wilson as Captain America — right in time for beating Namor.

All we are saying is that as MCU is hell-bent on replacing T’Challa, Wakanda already has many proficient warriors who will be ready to defend their nation at the shortest notice.

To put it simply, Letitia Wright, who plays Shuri, isn’t exactly on the MCU fans’ beloved actors list at the moment. While she was initially almost everyone’s first choice to play the new Black Panther post Boseman’s demise, her actions and the ensuing drama has ended up displeasing many MCU fans who have demanded her removal from Black Panther: Wakanda Forever.

It all started in 2021 when the world was still grappling with the coronavirus pandemic. At this time, Wright went ahead and shared a post questioning how safe the vaccines were. In the wake of the intense social media backlash that followed, she tried to retract her views and claimed that her post wasn’t meant to hurt anyone.

It was then reported that she fired her American P.R. team after the social media furor, which was followed by reports that she had openly expressed her anti-vaccine views on the sets of Wakanda Forever though she refuted the same in an Instagram post. While it has been months since this happened, some are still not onboard with the idea of her being the next Black Panther.

The debate between those rooting for Shuri to take the place of her brother and the ones who are not really in its favor can continue, but the fact remains that it is the MCU we are talking about, and pulling the most unexpected twist is one of its oldest tricks. Who knows maybe the studio is planning to turn the entire Dora Milaje into Black Panthers? Thankfully, the release of Black Panther: Wakanda Forever will finally put the debate around who will replace T’Challa to rest once and for all.

Black Panther: Wakanda Forever is all set to debut in theaters on November 11, 2022.