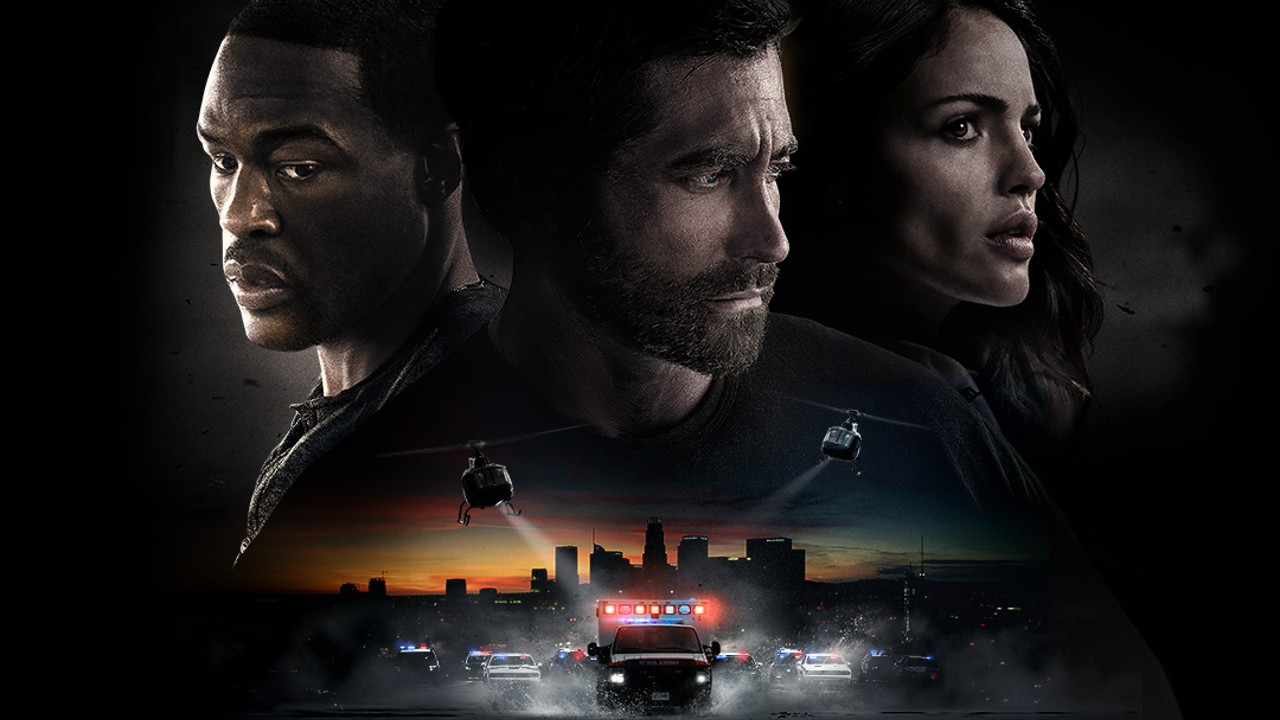 New character posters have just dropped for Ambulance, the Jake Gyllenhaal-starring action romp that looks like a total return to form for director Michael Bay after more than a decade largely focusing on computer-generated robots wrecking havoc on the world and the box office.

Ambulance is a heist thriller that centers on war veteran William Sharp (Abdul-Mateen), who seeks a large sum of cash to help cover his wife’s critical surgery. William reaches out to his adoptive brother, Danny (Gyllenhaal), a life-long criminal who convinces him to take part in a $32 million bank heist.

Things go awry, however, and the pair must commandeer an ambulance for a quick getaway, taking with them an emergency medical technician, González’ Cam Thompson, as their hostage.

As many fans have pointed out following the Super Bowl trailer for Ambulance last month, the film is full of car chases, explosions, and sweeping heroic poses, and looks like a welcome throwback to some of Bay’s earlier work — such as the Bad Boys franchise and The Rock — after spending most of the 2010s making Transformers films.

The normally-choosy Gyllenhaal, who is known for selecting obscure indie films like Donnie Darko just as much as appearing in mega blockbusters like Spider-Man: Homecoming, also seems like he’s getting into the nitty gritty of the filmmaking, in this case. Abdul-Mateen revealed in a recent interview that Gyllenhaal even directed a scene in the movie.