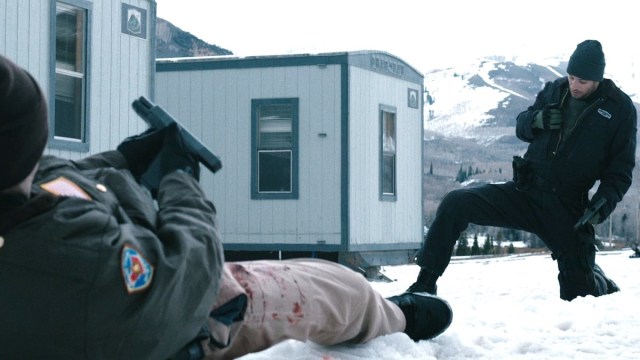 Taylor Sheridan might be best known for his current status as the busiest man on television, with the creator of the sprawling Yellowstone franchise adding new projects to his plate on what feels like a weekly basis. One of the downsides is that it might end up hampering his feature-length directorial career, which would be a shame when Wind River and Those Who Wish Me Dead provided intelligent, old school thrillers with plenty of meat on their bones.

It’s the former that’s performing on streaming as we head into the weekend, though, with FlixPatrol outing the chilly murder mystery as one of the most-watched titles on the Prime Video global charts, and it’s even managed to secure a spot on the Top 10 in the United Kingdom for good measure.

No-frills storytelling at its finest, an 87 percent Rotten Tomatoes score and 90 percent user rating only serves to underline the quality of Sheridan’s first full-length flick. MCU stalwarts Jeremy Renner and Elizabeth Olsen lead the cast as a veteran wildlife officer and rookie FBI agent respectively, who partner up in an effort to solve the case of a murdered woman found out in the snowy wilderness.

Of course, there are locals who know more than they’re letting on, bureaucratic hoops to jump through, and plenty of high-caliber weapons being carried around in a fashion that’s decidedly less than friendly. Wind River doesn’t need to rely on narrative sleight of hand or blistering action sequences to hold your attention, although the latter is spectacularly accounted for in the end.