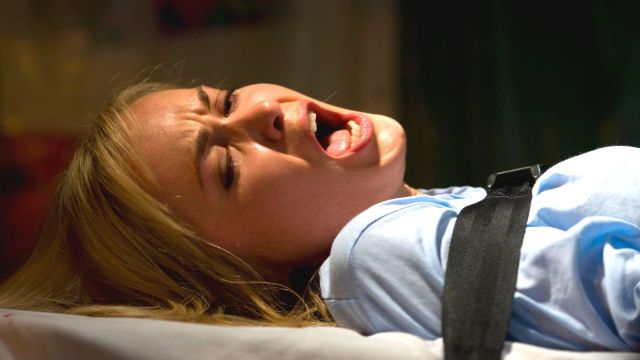 Movies can almost entirely forgettable or without much flair, but having one big scene can be enough to secure a massive legacy for the years ahead. When you’re attempting a remake, it’s even more important to stand out than usual with those big scenes.

Along comes arguably the best remake in recent horror history, with The Crazies. Taking on a massive George Romero film and bringing to the modern day is far from easy, but there’s one moment which elevates well beyond the work of even a beloved horror master. The pitchfork scene.

Pitchforks are excellent props in horror movies, with them being used incredibly well this year with Pearl for some gruesome kills, but sometimes it’s the close-shaves which remain most stark. The Crazies sees our heroes tied down and being mercilessly killed during an outbreak by a school teacher of all people.

There’s just something about this scene which works so well, and there’s a few elements. The first being it is incredibly well cut, and there’s just the right amount of time spent on each shot. Then there’s palpable tension helped by seeing people very vulnerable (i.e. dying) and fate being out of their hands.

Seemingly indiscriminate killers have such a weight to them, with it cementing them more as a force of nature than anything. It’s why something like Natural Born Killers is so intriguing

Very similar scenes happen in the horror video game Outlast, which sees similar set-up and consequences as an investigative journalist gets captured by the inmates of an asylum. Like any good asylum, it’s filled to the brim with secret government experiments on humans. Because those always work out.

Unfortunately, director Breck Eisner has only done one movie since this remake with his next film being The Last Witch Hunter with Vin Diesel of all people. The Crazies is available to stream on Shudder.