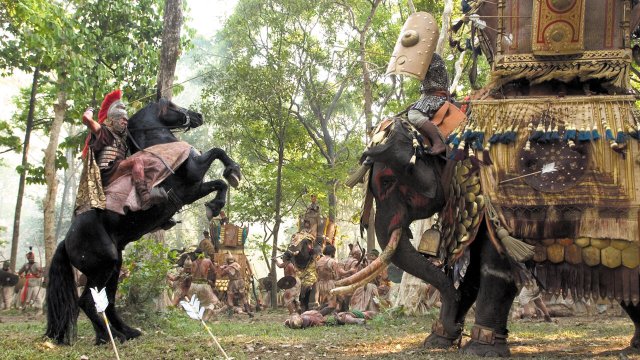 Filmmakers going back to the well to tinker with their back catalogue is hardly a new practice, with Ridley Scott an early proponent of the Director’s Cut. Ironically, given his history with the historical epic, it was cruelly fitting that no less than three extended versions failed to turn peer Oliver Stone’s spiritual bedfellow Alexander into something remotely resembling greatness.

The Academy Award-winning Platoon helmer had spent decades developing the project, sticking with it through thick and thin. When he finally got the green light to begin production at a not-inconsiderable cost of $155 million, you can only imagine how thrilled he must have been. Unfortunately, the hype petered out in embarrassing fashion.

Alexander could only rustle up $167 million at the box office to lose a fortune, while a dismal Rotten Tomatoes score of 16 percent led many to question how Stone had spent upwards of 20 years working on something that turned out to be so terrible. Not to be deterred, though, he went back to the drawing board. And then did it again. And then once more for luck.

In addition to the standard Director’s Cut, the world was also gifted Alexander Revisited: The Final Unrated Cut and Alexander: The Ultimate Cut, all of which are admittedly superior, but still not very good. It’s the vanilla version that’s been tearing it up on streaming, though, with FlixPatrol revealing the plain old theatrical edition to have charted on HBO Max’s global rankings.

Try as he might, Stone just couldn’t execute his vision for Alexander in a way that caught on with audiences, even after four attempts.