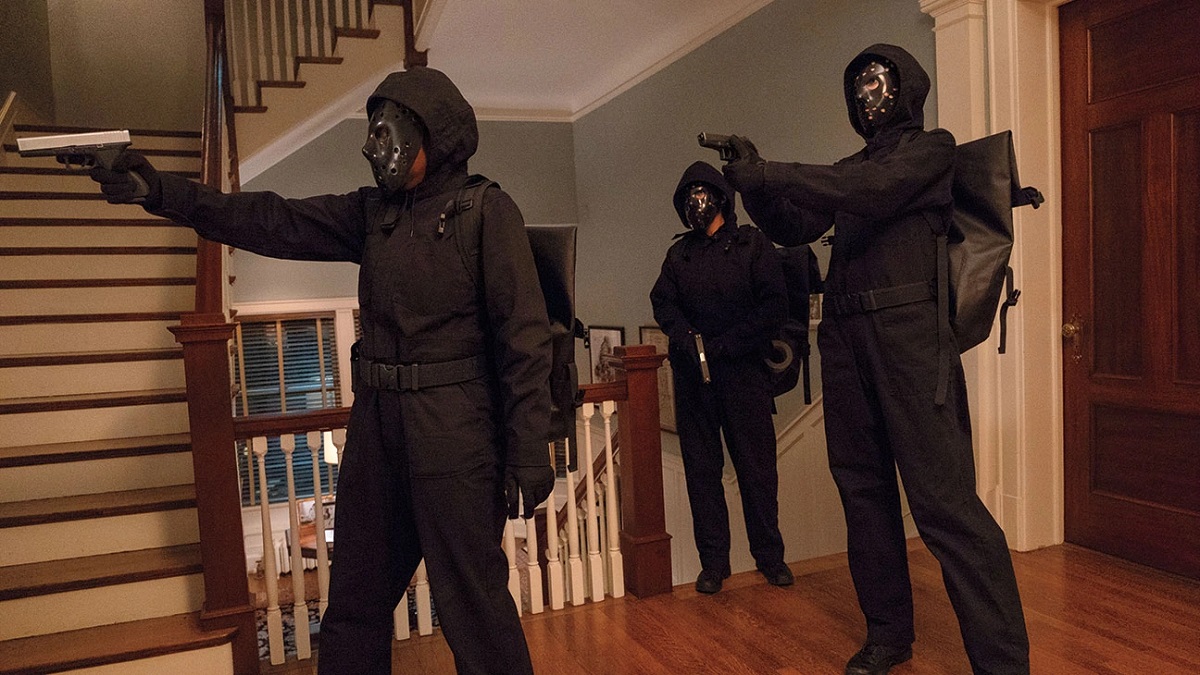 After landing plenty of critical acclaim for his harrowing dramas Hunger and Shame, Steve McQueen cemented his reputation as one of independent cinema’s most striking voices when the uncomfortably fixating 12 Years a Slave landed the Academy Award for Best Picture.

However, the filmmaker opted to take an entirely different route for his fourth feature, proving himself a dab hand at blockbuster-sized thrills in the process.

Based on his filmography up to that point, Widows hardly seemed like the type of project that McQueen would tackle, given the broad and somewhat pulpy nature of the premise. Co-writing the screenplay with Gone Girl‘s Gillian Flynn, the duo penned a tightly-knotted and intensely atmospheric heist film that deftly balanced the tropes of the genre with some hard-hitting narrative developments, along with the requisite fast-paced set pieces.

The plot finds the titular foursome picking up where their husbands left off by planning an impossible heist in an effort to pay off the debt left behind when their spouses were gunned down during an armed robbery. Putting a plan in motion, distrust and bold ambitions bubble beneath the surface as the moment of reckoning draws closer.

As per FlixPatrol, Widows has made an appearance on the Netflix most-watched list, and it’s exactly the kind of high concept prestige picture that subscribers consistently take to their hearts. The cast is stacked from top to bottom with esteemed talent, and the familiar beats of the story are regularly offset by a raft of powerhouse performances and wham-bang action sequences.