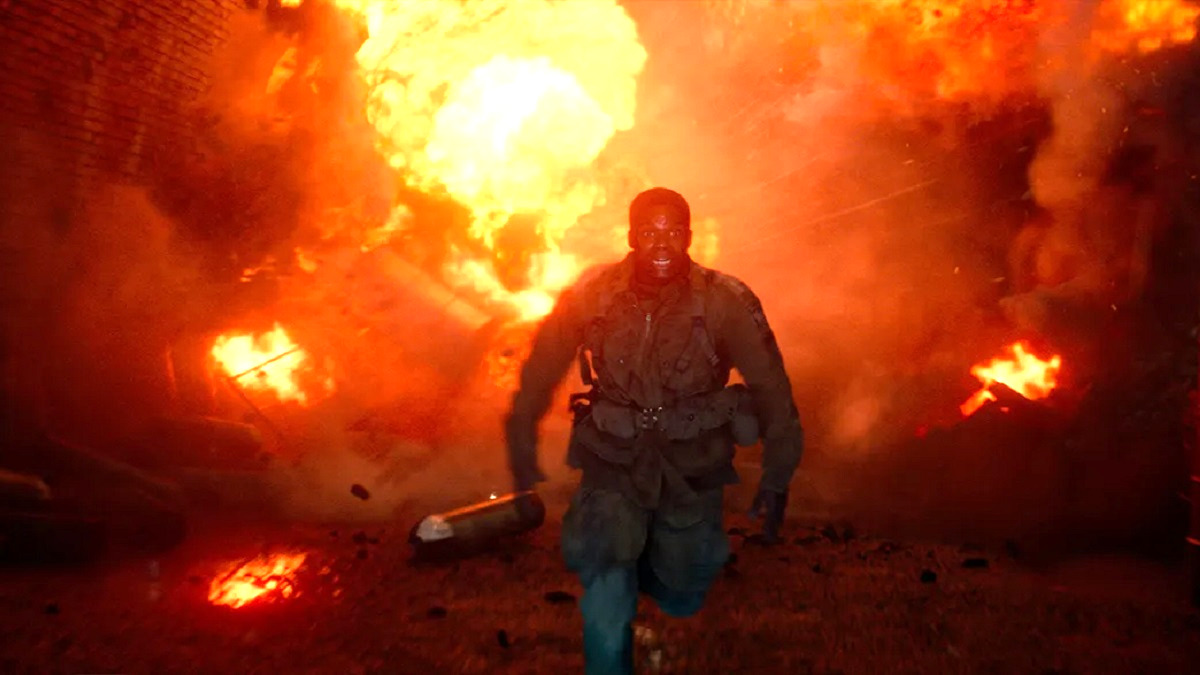 Dumping several genres into the filmmaking blender at once and then throwing the results onscreen can often end in disaster, but sometimes we end up with a movie like Julius Avery’s Overlord, which is so demented that you can’t help but find yourself caught up in the sheer insanity of it all.

Inspired as much by Steven Spielberg’s Saving Private Ryan as it is the classic body horrors of John Carpenter’s 1980s heyday, the Bad Robot mashup delivers old school thrills by bolting a gruesome tale of science gone mad to the bones of a relatively straightforward World War II shoot ’em up.

A band of disparate personalities all fighting side-by-side for the American armed forces find themselves stranded behind enemy lines on the eve of D-Day, but they end up getting a lot more than they bargained for after stumbling upon a top-secret facility that acts as the base of operations for ungodly experiments.

Overlord opens with a bang, and the first act’s airborne action sequence is an incredible blend of sound design, visual effects and a very real sense that everything you’re witnessing couldn’t possibly go more wrong, but that’s only a mere appetizer for the sheer bedlam that follows.

Despite winning strong reviews from critics, though, Overlord turned out to be a box office disappointment after barely recouping the $38 million budget from theaters. However, the film has already found long-lasting life as a cult favorite, and it’s in the midst of yet another renaissance on streaming.

As per FlixPatrol, Overlord has scored a bounty of Top 10 finishes on the platform’s most-watched list covering several continents, as if you needed any more proof that subscribers are never going to grow tired of horror.