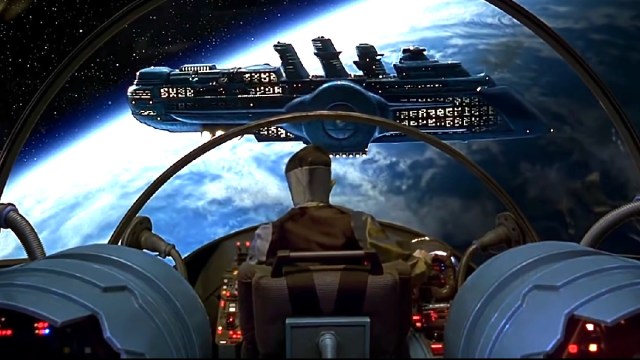 This year marks a quarter of a century since Luc Besson’s The Fifth Element arrived in theaters, where it was greeted with a reception that perfectly encapsulated the off-the-wall nature of the film itself.

The most expensive European production in history at the time with a $90 million budget, there were many predicting extreme failure for the extravagant intergalactic epic. However, not only did it become one of the 10 top-earning releases of 1997 after earning $264 million at the box office, it spent 14 years as the highest-grossing French feature ever made.

The Fifth Element also earned nominations from both the Academy Awards and Razzies to hammer home its polarizing nature, but one impossible scene is still capable of captivating fans a full 25 years on. The “Diva Dance” performed by Albanian opera singer Inva Mula-Tchako was composed by Eric Serra to be so deliberately otherworldly that there was literally no way it could be performed perfectly from beginning to end by a human being.

Mula-Tchako recorded the notes individually and then had them arranged in post-production into a seamless whole, with countless pretenders attempting to replicate the song note-for-note ever since. It’s a phenomenally moving and heartfelt moment in what’s regularly an utterly deranged slice of big budget cosmic escapism, and a recent Reddit thread finds The Fifth Element fandom getting misty-eyed just thinking about it.

As a whole, the cult classic may have its fair share of flaws, but even the coldest of hearts would surely be moved by letting the entirety of the tune wash over from them from start to finish.