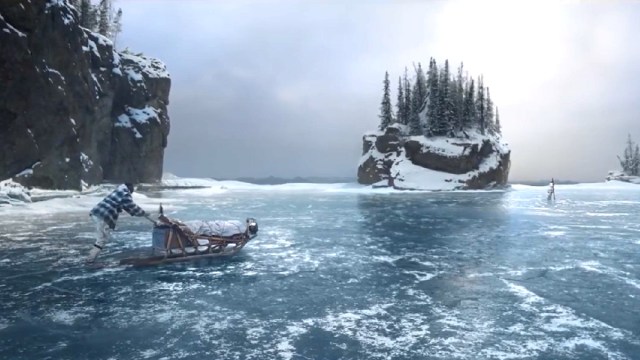 Harrison Ford doesn’t make a huge number of movies these days, so any project he does sign up for instantly generates plenty of buzz. On the surface, The Call of the Wild was right up the Star Wars icon’s street given that it required a performance full of grizzled gravitas and twinkly-eyed charm, but the end result was a monstrous box office disaster.

Armed with a budget that was rumored to be as high as $150 million without even factoring in marketing and distribution costs, director Chris Sanders’ lavish adaptation of Jack London’s 1903 novel of the same name was under pressure to succeed, especially when the old-fashioned adventure story hasn’t exactly been a bastion of commercial success for a long time.

In the end, The Call of the Wild tanked extremely hard, bringing in just $111 million from theaters to cause a cumulative loss of anywhere up to $100 million for Disney when the numbers were crunched. It’s not a bad film by any stretch, and reviews were actually fairly strong, but the CGI dog is never remotely convincing, and the whole thing feels as though it could have been made for half the price and turned out twice as good.

To be fair, that hasn’t stopped The Call of the Wild from making a surge up the streaming ranks every now and again, with the iTune worldwide watch-list the latest port of call. As per FlixPatrol, Ford and his digitally-created canine companion has emerged from the frozen wastelands of obscurity to live another day, so that’s something.