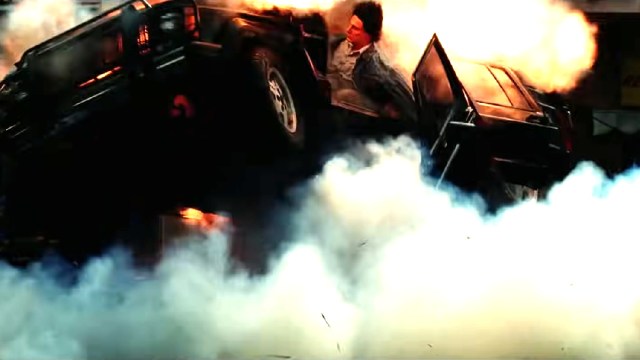 As one of the most popular, charming, and charismatic names in the business, Denzel Washington has beautifully toed the line between being an actor and a movie star, as proven by the fact he’s got two Academy Award wins from 10 nominations to go along with his incredible track record of box office success in the action thriller arena. Looking at his back catalogue of running and gunning, though, Man on Fire sticks out as perhaps the most unrelentingly violent entry in the A-lister’s filmography.

In fact, the overriding criticism that greeted the film’s release in 2004 was that it may have pushed things a little too far by diving headlong into borderline gratuitous territory. A 39 percent Rotten Tomatoes score puts it among the bottom tier of Denzel actioners among critics, but an 89 percent user rating indicates that fans didn’t have a problem watching him shove a bomb up somebody’s ass before letting it explode.

The enduring popularity of seeing the legend of the silver screen kicking ass and taking names will never abate, with Man on Fire reinforcing Washington’s credentials as one of the most consistently popular action heroes of the modern era by returning with a vengeance to land a Top 10 spot on the Prime Video most-watched list among subscribers in the United States, per FlixPatrol.

As hard-drinking and haunted former CIA agent John Creasy, the former operative-turned-bodyguard sets out on a brutal rampage to recover Dakota Fanning’s kidnapped child that forces him to bloodily dispatch a number of henchman, corrupt cops, and even high-ranking members of society to reclaim his charge. Naturally, the trail of bodies left in his wake is extensive.