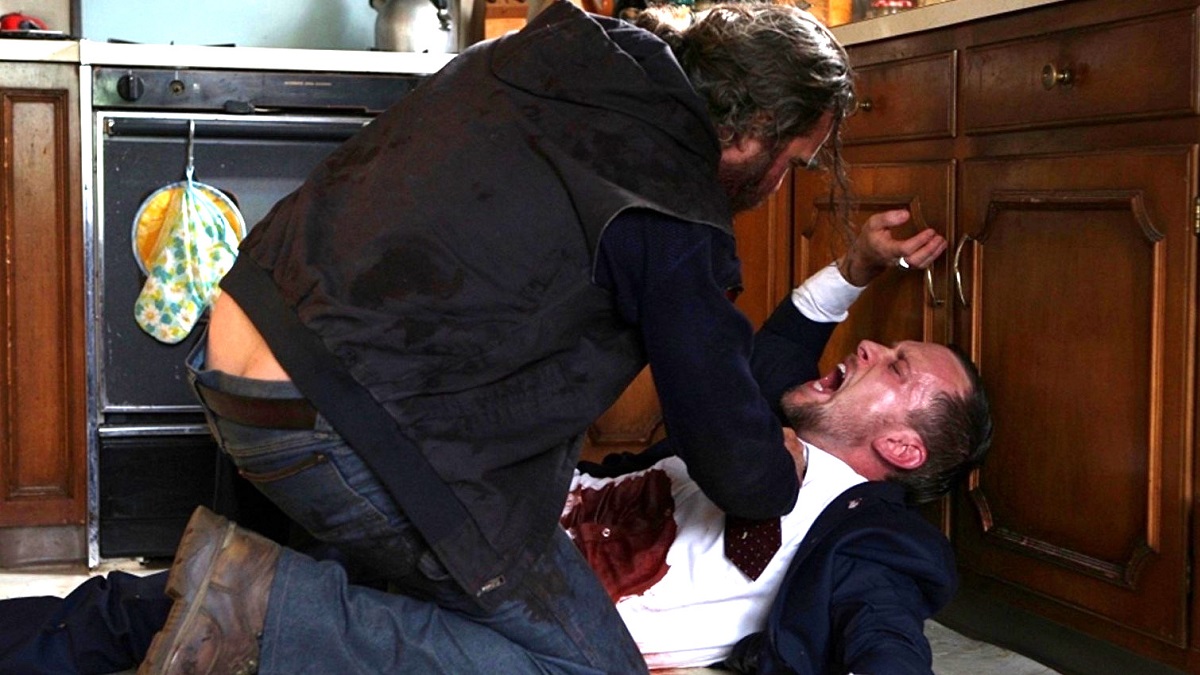 Lynne Ramsay may have only directed four features since making her debut with 1999 drama Ratcatcher, but the Scottish filmmaker is rightfully regarded as one of the most singular, distinctive, and uncompromising filmmaking voices of her generation. It’s been five years since her last film, though, but her last effort You Were Never Really Here continues to make its mark on streaming subscribers.

As per FlixPatrol, the unyielding revenge thriller has been brutalizing the Prime Video charts, no doubt catching crowds unaware who may have been expecting a run-of-the-mill genre piece revolving around an enigmatic street-level vigilante, a basic premise that’s become virtually ubiquitous at this point.

Of course, Ramsay and star Joaquin Phoenix are hardly fond of doing things the easy way, and while You Were Never Really Here is a difficult watch at times, it’s ultimately a rewarding one. Phoenix’s enforcer-for-hire makes his living rescuing trafficking victims, a goal he accomplishes via shockingly violent means.

When the quest to recover his latest charge leads him down a rabbit hole of corruption, abuse, and misuse of power that stretches right the way across, around, and inside the top levels of New York City’s hierarchy, the actor’s Joe finds himself consumed by his quest to overcome his own demons, save the life of his target, and reckon with the meaning of his own existence.

It’s heady stuff, then, but the combination of Ramsay and Phoenix delivers as expected, with You Were Never Really Here fully deserving of the acclaim that came its way when it first unleashed itself upon an unsuspecting world in early 2018.