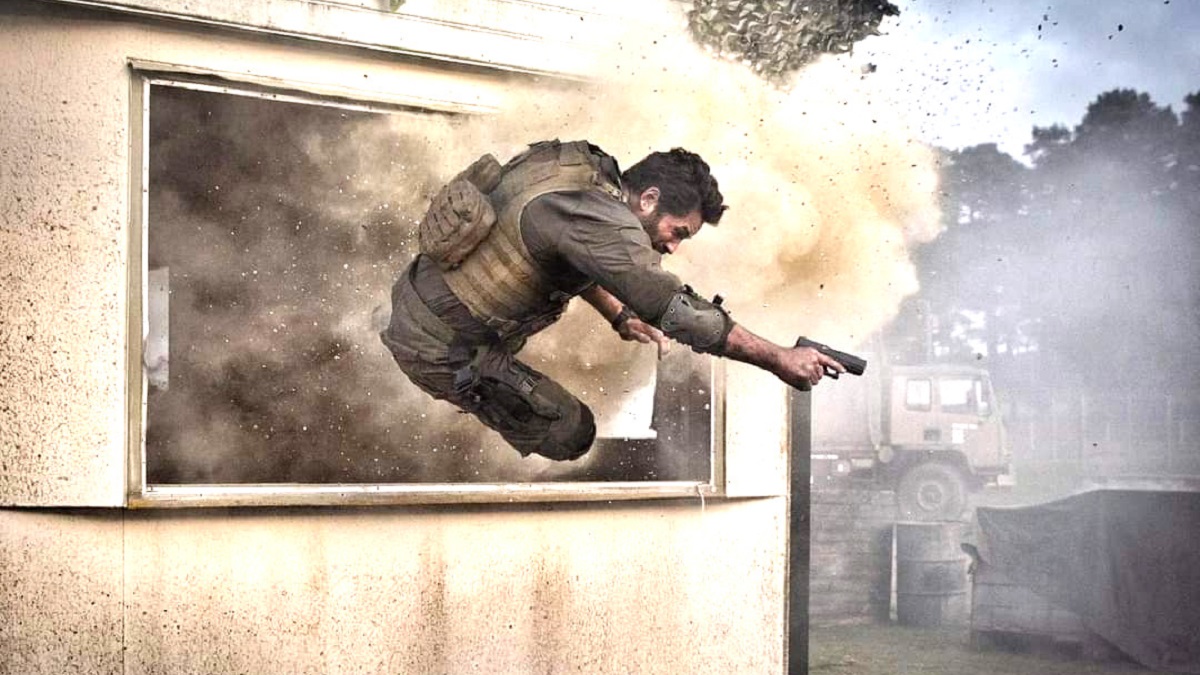 Longtime fans of the VOD action genre will be fully aware that Scott Adkins is one of the best in the business when it comes to roundhouse kicking people in the face and mowing down reams of disposable henchmen, and it’s a real shame that his Hollywood endeavors so far have been utterly forgettable.

Background roles in The Bourne Ultimatum, X-Men Origins: Wolverine, Zero Dark Thirty, The Expendables 2, and Doctor Strange haven’t allowed him to stretch his ass-kicking muscles to a wider audience, something John Wick: Chapter 4 will hopefully rectify when it finally arrives two years behind schedule in March 2023.

Adkins has been on a roll of late, though, with The Debt Collectors and its sequel, Triple Threat, Ip Man 4: The Finale, Avengement, Accident Man, Legacy of Lies and Castle Falls all rated Fresh on Rotten Tomatoes, and we can add his latest vehicle One Shot to that list, too.

The plot follows an elite Navy SEAL team sent to a CIA black site in order to retrieve a high value target, but the facility’s chief isn’t willing to play ball. He changes his tune when the remote island location finds itself under attack, of course, and you can probably predict where things end up heading in the end.

Living up to its title, One Shot is designed to act as a single unbroken 97-minute take, which adds the set pieces an added layer of punch, polish, and inventiveness. As per FlixPatrol, the fact it’s one of the ten most-watched titles on the iTunes library in five countries shows that audiences have been hooked by the concept.