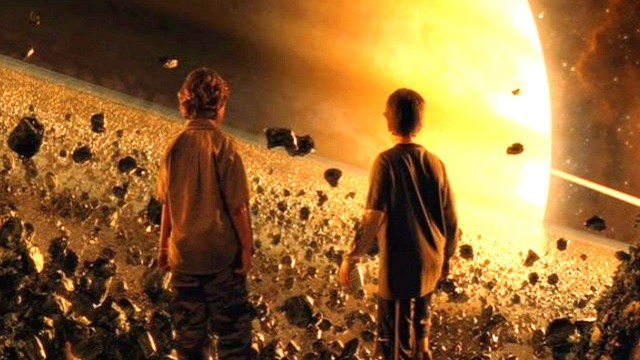 Robin Williams’ Jumanji endures as a beloved family favorite, but the nascent franchise got injected with a massive new lease of life when Dwayne Johnson dusted off the property, retooled it as a blockbuster adventure saga, and steered Welcome to the Jungle and The Next Level to a combined box office gross of almost $2 billion. And yet, Zathura remains unfairly overlooked, underrated, and ignored as part of the overall mythology.

It may not possess any overt connective tissue or notable Easter Eggs, but the door has since been nudged open after star Jack Black and producer Hiram Garcia both admitted that it could end up being folded back into canon in one way or another. Zathura director Jon Favreau wanted his cosmic caper to stand on its own, which is fair enough, but it’s since been regarded as a part of the Jumanji family.

Adapted from the book of the same name by shared creator Chris Van Allsburg, Zathura: A Space Adventure is nothing if not similar from a narrative perspective – with the story following two kids left in the charge of their older sister, only for them to end up being transported on an otherworldly escapade by… yep, you guessed it; a magical board game.

Despite a Certified Fresh Rotten Tomatoes score of 76 percent, the warmly-received blockbuster died a slow and painful death at the box office after just about managing to recoup its $65 million budget. On the plus side, it gave Favreau experience working on larger effects-heavy productions, which served him very well when he segued into a little film called Iron Man as his next feature.

Zathura has at least managed to endure as a long-lasting favorite, though, and the Jumanji spinoff that time forgot has returned to make a splash on streaming. As per FlixPatrol, the movie has been rocketing on Rakuten this week to become one of the platform’s most in-demand titles, even if it remains debatable it’ll be acknowledged in The Rock’s upcoming sequel.